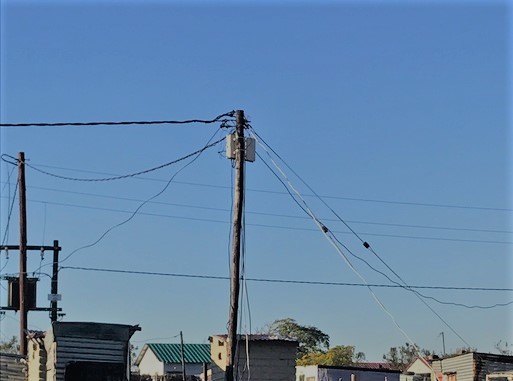 Joseph Banike and Mary Banike died instantly after being electrocuted by the wire which served as a drying line within the veranda of their apartment.

The wire, according to neighbours reportedly came into contact with a live wire, unknowing to the couple.

It was the wife, Mary who was first electrocuted and Joseph attempted to rescue her but also got electrocuted.

Some neighbours of the couple told Graphic Online that Mary went out to draw water from a nearby borehole and was unfortunately caught by the wire as she was in the process of pouring the water in a water reservoir.

The neighbours said it appeared Mary who was unaware that the wire they regularly used as drying line was powered and was electrocuted.

She reportedly fell down instantly with the water.

Joseph, the husband, who was also around at the time of the incident quickly rushed to the scene to save the wife but was also electrocuted in the process.

The incident attracted relatives and neighbours to the scene.

They were pronounced dead on arrival at the Ayamfoya Memorial Hospital

Their bodies have been deposited at the morgue of the health facility for preservation and autopsy.

GHS to scale up malaria vaccination