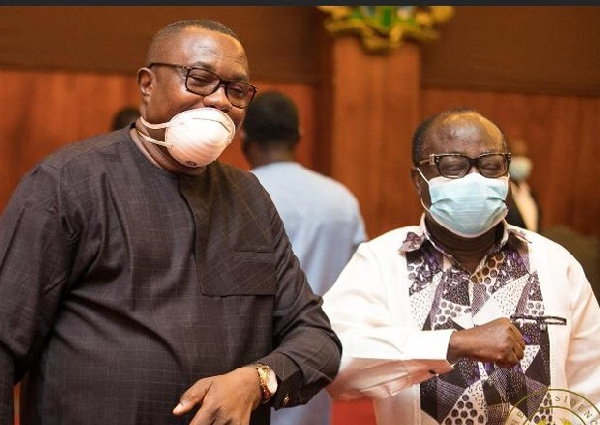 He has, therefore, cautioned the two parties not to take the political forecast for 2024 elections hook, line and sinker.

In an interview with the Daily Graphic, Dr Alidu said apart from oversimplifying the Ghanaian electoral dynamics, 2024 was about two years ahead and anything could change.

The London-based EIU, in its five-year forecast on Ghana released on April 13, this year, predicted that public dissatisfaction with economic challenges, the slow pace in development and the tackling of corruption are likely to inhibit the chances of the governing NPP winning the 2024 presidential election.

The EIU has, therefore, predicted that the opposition NDC “stands a reasonable chance of winning the 2024 elections” due to the quest of the electorate to seek for change in the face of the challenges.

The report, however, said it expected the NDC to come out with a fresh candidate other than former President John Dramani Mahama to “revitalise its prospects”.

“The former President, John Mahama, is reportedly considering running again, but we expect the opposition NDC to try to revitalise its prospects with a fresh candidate,” the report stated.

Dr Alidu, who is a lecturer at the Department of Political Science, University of Ghana, Legon said any elections served as a mechanism to access a sitting government.

He explained that the government could turn around the current challenges confronting the country vis-à-vis unemployment and economic hardships before the 2024 elections.

That, he said, could make the electorate retain the NPP in government, especially if things turned out to be better for them.

On the probability of the NDC winning the 2024 elections, Dr Alidu said it stood to reason that if Ghanaians were fed up with a sitting government, they would vote for the next political party they believed could turn their fortunes around.

He, however, said the NDC had to show that the party was ready to win power through hard work, vigilance and the campaign strategies they put in place.

With respect to changing former President Mahama with a fresh candidate, he said, the forecast was neither here nor there because Mr Mahama was the most marketed candidate of the party.

Moreover, he said, although the NDC lost the 2016 elections by one million votes, it reduced the deficit to about 500,000 votes in the 2020 elections.

Dr Alidu said three issues that readily come to mind for the electorate would be looking at the performance of both parties, especially the government; the nature of the opposition and most particularly the vigilance of the parties at the polling stations.

He explained that if parties were not vigilant at the polling stations, the dynamics could change irrespective of the issues at stake.