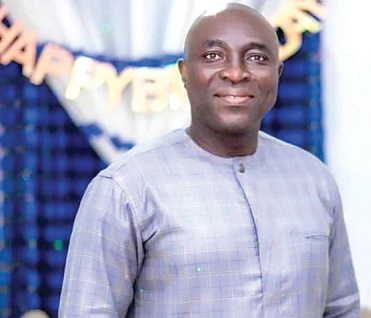 This followed a petition filed by the First Vice-Chairman of the NPP in the Ashanti Region, Kwabena Nsenkyire, to the Election Committee of Manhyia South NPP, which indicated that the neutrality principle of the Civil Service would be compromised, if Mr Sekyere was allowed to contest the election.

With the disqualification, Richard Adjei Mensah Ofori Atta, popularly known as ‘Tom Tom’, will go unopposed in the chairmanship race in this week’s constituency elections in Manhyia South.

Mr Sekyere, who works as a Technician Engineer at the KMA, was disqualified on the basis of being a civil servant.

The Election Committee report stated that per the 1992 Constitution, Owusu Sekyere, who is a civil servant is proscribed from contesting the political position.

“The applicant is a worker at Kumasi Metropolitan Assembly as a Technician Engineer. He is a civil servant. He is proscribed from contesting under Article 94 (3) of the 1992 Constitution,” the Election Committee stated in its report.

Signed by its chairman, Dr Oheneba Owusu-Danso, the Election Committee also cited a court case — Local Government Staff Association vs. Attorney General and two others ( Writ No. 11/16/2016 delivered on 14/6/2017 to buttress its position of disqualification of the applicant.

On October 19, 2015, the Head of Civil Service issued a letter addressed to all Chief Directors and all Heads of Departments reminding all staff members that persons holding civil service positions were barred from participating in political activities including the following: Attending political rallies, wearing party paraphernalia, subjecting one’s self for party vetting, holding party membership card, and standing for party primaries among other things.

The said letter made reference to the provisions of the Civil Service Code of Conduct, issued on November 1 1999, which, among other things, said a civil servant might not declare himself openly as a registered member of a political party or association, and that any civil servant who wished to participate in any political activity should resign from the service.