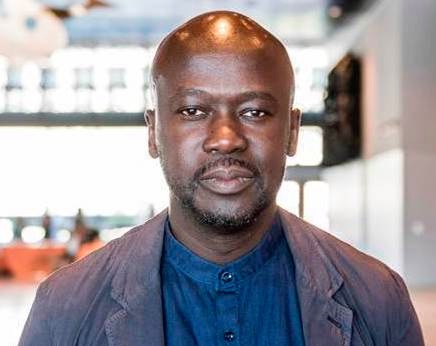 The induction ceremony took place in Accra last Sunday after he was registered as an architect by the Council to enable him to practice in the country as mandated by Law.

His registration and induction will allow him to practise lawfully as an architect in the country.

The Minister of Works and Housing, Francis Asenso-Boakye, who administered the induction oath, said architects had the obligation to deliver standards and services that demonstrated and reinforced their noble status in society.

“Going through Sir David Adjaye’s CV, it is evident to me that he has established himself in the architecture profession and deserves to be applauded.

“I have been informed that the ARC has done well to complete the processes according to its mandate to ensure the country benefits fully from Sir David Adjaye OBE as a licensed Architect’’,he said.

The minister stated that it was a common knowledge that Sir David Adjaye had received awards for his works not only in architecture but also for his ingenuity in the use of materials and innovations as a result of his acknowledgment and appreciation of cultures and history.

He said Sir Adjaye’s acclaimed portfolio extended to lectures and teachings, and publications including critical texts and essays.

“His admittance into the licensed body of Professional Architects Register of the ARC assures us of worldwide networking benefits in theory and practice.

“Indeed, the potential of using Architecture to overturn the economic fortunes of countries positively cannot be over emphasised. This is evident in almost all advanced countries and emerging economies,” he said.

Mr Asenso-Boakye said it was, therefore, time for the built environment professionals in the country not to wait to be commissioned before embarking on projects that entailed innovative designs and solutions but be proactive and come out with design proposals that solved challenges, especially within the affordable housing space.

Through that, he said, the professionals could leverage investors to buy into those innovative ideas to address the country’s current housing challenges.

“We need to explore and change the status quo,” he said, and thanked all architects and allied professionals for their continued support to this ministry in the execution of its mandate.

The Board Chairman of the Architects Registration Council, Richard Nii Dadey, said it was worthwhile that the induction was a continuation of Sir Adjaye’s journey to enhancing the worldwide landmark that he had brilliantly and credibly established.

He called on Sir Adjaye to use architecture to help improve the environment and lives around him by constantly innovating as he responded to the perennial and inevitable changes that might arise.

Sir Adjaye expressed gratitude to the minister and the council for the opportunity given him to serve his country.

As the founder of Adjaye Associates, he said he returned to the country to set up a branch four years ago, and was currently operating in 15 African countries to help improve upon architecture on the continent.

Having identified challenges in architecture in the country, Sir Adjaye said, he wanted to invest in his country, the architectural skills and knowledge he had gained over the years.

CLOGSAG: Go and sleep if you disagree with neutrality allowance for civil servants – Bampoe Addo