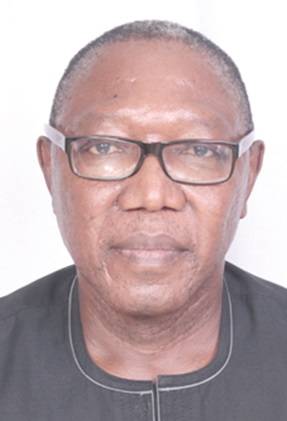 Dr Apaak gave the caution in an interview with the Daily Graphic on recent announcement by the Minister of Finance, Mr Ken Ofori-Atta, that the government intended to “wean-off public tertiary institutions from government payroll and provide them with a fixed amount “block grant,” instead.

“This proposal, if implemented, would negate any gains that the free senior high school (SHS) programme intends to achieve.

“For a government that believes that parents cannot afford to pay school fees for their children at senior high level to now turn around to demand full fee paying from same at the tertiary level, is to say that there is lack of appreciation of the whole policy intervention at the secondary level, ” he said.

Dr Apaak noted that public tertiary institutions, aside from their assured quality, were intended to provide an even platform for all, including the poor to access higher education, leading to their contributing their quota to the development of the country.

He believed that when public tertiary institutions become fee-paying, then obviously, government would be directly introducing a financial barrier to the already existing infrastructural barrier.

“It is in the light of the above that the government must rethink any measures that are intended to prevent the poor from having access to educational opportunities at the tertiary level,” Dr Apaak observed.

He hinted that the minority would kick against such a policy, saying, “it is our position that the proposal to wean public tertiary institutions off public payroll be dropped completely.”

Dr Apaak, who is also the National Democratic Congress (NDC) Member of Parliament for Builsa South, said essentially, what the Minister Finance was saying was that government intended to no longer shoulder the cost of paying lecturers and staff of the tertiary institutions.

“As such, tertiary institutions would have to raise their own revenue to pay for the human resources required to function as institutions of higher learning,” he said.

“For tertiary institutions under prevailing circumstances to raise the needed resources to pay teaching and non-teaching staff, it will likely require passing a chunk of the bill to students, resulting in higher school fees and higher fees will be to the detriment of poor students who are even struggling to pay the current fees,” Dr Apaak explained.