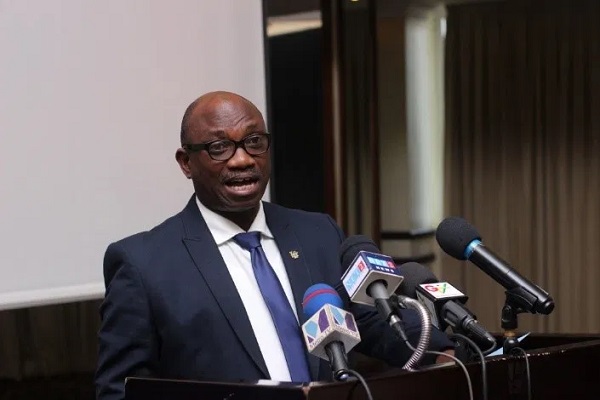 It said once the other unions were ready for the meeting, it would be held, adding that the government was not insensitive to the plight of teachers and workers in general.

A Deputy Minister of Employment and Labour Relations, Bright Wireko-Brobbey, said this at the GNAT Investment Forum in Accra last Wednesday.

Taking their turns to address the event on the theme: “Ghana’s workers’ pensions: Challenges and solution for growth in the next decade”, both the President of GNAT, Rev. Isaac Owusu, and the General Secretary, Thomas Tanko Musah, said the association was not reneging on its June 30, 2022 deadline for the payment of the COLA.

They said the current economic challenges had brought untold hardship to many teachers and workers in general, hence the need for the COLA to cushion them under the situation.

In response, Mr Wireko-Brobbey said the ministry had received letters from GNAT, NAGRAT, CCT-GH, and TEWU that things were hard, thus the need for COLA.

“We did not renege on that. Our minister asked me to invite them so that we exhaust the matters,” he said, adding that “two weeks down the line, we have not been able to get your leaderships. GNAT was ready but NAGRAT and CCT-GH, we were told, were out on some meeting somewhere and we are still waiting for their signal to meet them and have a discussion. We are considering looking at a review of the single spine which has been practised for over a decade to see whether it is still relevant or we need to tweak it,” he said.

“The empirical evidence showed that people who have been on SSNIT pension for 12 years were getting almost twice the value they could have got elsewhere, and it gets better the longer you live. Why is that so because your contributions have stopped and every additional months that you are living SSNIT is paying more so you can see that SSNIT outlay just keeps on increasing and increasing the longer you live,” he explained.

For people who had been on pension for 25 years, he said (85-year olds) looking at all that they accumulated individually, on the average they were getting about 17 times the best they could have got if they had invested their contributions every month in treasury bills and compounding them.

A lecturer in Finance of the University of Ghana Business School, Professor Godfred A. Bokpin, said the unemployment rate in Ghana had almost tripled in a little over more than a decade.

According to him, more than 1.55 million people or 13.4 per cent of the country’s economically active population “are out of work.”

Presenting a paper on “Ghana’s Workers Pension: An Economic Management Response, he said, among other things, that creating jobs in the economy was good for SSNIT.

In his opening remarks, Rev. Owusu said the forum was of great importance to teachers across the country, especially under the current challenging economic situation.

For his part, Mr Musah said the issue of pension had been of great concern to teachers, especially when they went on retirement.