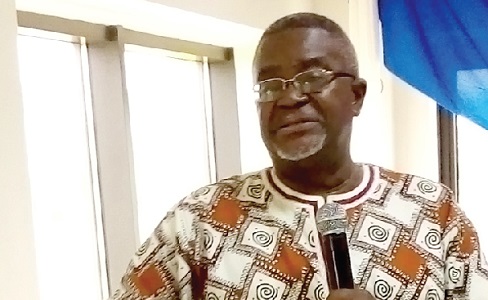 It said typically, those with some infrastructure were not disability friendly and also were in a dilapidated state.

Conducted by the Ghana National Education Campaign Coalition (GNECC) in three regions of the country, the report further said adequate proper infrastructure had a direct impact on teaching and learning and, therefore, appealed to government; stakeholders; metropolitan, municipal and district assemblies (MMDAs) and traditional authorities to pay much attention to providing proper and adequate infrastructure for schools.

The report, which had already been submitted to the Ministry of Education (MOE), was launched in Accra yesterday[July 21, 2022].

Presenting its findings, the technical person for the audit, Charles Y. Aheto-Tsegah, said the primary objective of the audit was to identify the availability of infrastructure in schools, which included teaching and learning materials; libraries; offices for head teachers with attached storerooms; ICT laboratory; facilities that support inclusion and water and sanitation facilities.

The audit was conducted in the Brong Ahafo, Eastern and Volta regions and for each of those regions, two districts were selected and five schools – urban slum and rural slum, from each of the districts, were used for the audit.

“Majority of our schools do not have disability-friendly facilities to encourage children with disabilities to go to school. There is very little effort to implement the disability policy on inclusive education,” he pointed out.

Mr Aheto-Tsegah, who was a former Director-General of the Ghana Education Service (GES), said the report established that majority of toilet facilities available for boys and girls in schools were quite dirty with noticeable odour emanating from them, half of the buildings were damaged, some littered and stains on the walls and doors.

However, he said many governments, in responding to these only paid lip service to provide facilities or selectively identified schools to offer the facilities under the guise of establishing model schools.

He explained that the GNECC, recognising the challenges and threats to implementing the inclusive education policy, partnered other civil society organisations to gather information to assist the MOE and the GES in addressing the situation.