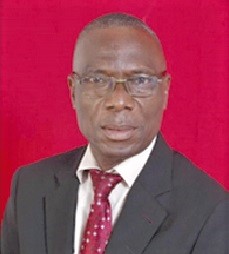 The Ranking Member on the Education Committee of Parliament, Peter Kwasi Nortsu-Kotoe, who briefed journalists in Parliament, explained that the amount was made up of GH¢15,790,072 for the WASSCE and GH¢7,221,755 for the BECE.

He said it was disheartening to know that persons who supervised and invigilated the BECE for school candidates, as well as script checkers for 2021, were yet to be paid the allowance due them.

“I want to use this opportunity to appeal to the Minister of Finance, to as a matter of urgency, release money to WAEC for a smooth conduct of this year’s examination”, he stated.

Mr Nortsu-Kotoe warned that WAEC might be forced to postpone the 2022 School Candidate WASSCE if the government failed to release an amount of GH¢96,694,432.40 to enable it to engage in a number of pre-examination activities, including the payment of transportation and allowances for examiners, supervisors, invigilators and depot-keepers.

Mr Nortsu-Kotoe, who is also the Member of Parliament (MP) for Akatsi North, said information available to the Minority in Parliament indicated that to date, the Ministry of Education had not released any money to WAEC for the conduct of the 2022 WASSCE, which was expected to commence from August 1, 2022.

He said four other countries that constituted WAEC — Nigeria, Sierra Leone, The Gambia and Liberia — have all conducted their 2022 WASSCE already leaving out only Ghana so any further delay of the release of funds to WAEC could lead to the postponement of the examination.

That, he said, would seriously affect Ghana’s education calendar for the following year.

Mr Nortsu-Kotoe used the opportunity to wish all the candidates for this year’s examinations success despite the challenges they were currently facing in their preparation for the examinations which included food shortages and the strike action by teachers and educational workers at the pre-tertiary level.

He also cautioned the candidates that measures were being put in place by the WAEC to make sure that examination malpractices — cheating, taking foreign materials to the examination halls, as well as violence against supervisors and invigilators — were being checked and stiff sanctions would be brought to bear on all those who would fall foul of the regulations.

Mr Nortsu-Kotoe said Ghanaians were also expecting the WAEC to conduct a credible examination this year devoid of malpractices, and delays at the start of the examination, among others.

Mr Nortsu-Kotoe said a total of 422,883 candidates registered to take part in the WASSCE from 977 schools, with 72 and 14 of the candidates being visually and hearing impaired, respectively.

This year’s examination is expected to start from August 1, 2022, to September 27, 2022, with candidates expected to write a total of 60 subjects, including four core and 56 electives.