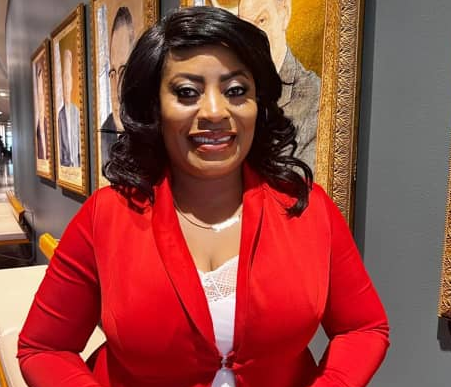 She said malaria during pregnancy may result in undesirable outcomes in both mothers and their foetuses, hence the need for pregnant women who get malaria to visit appropriate health facilities for treatment.

She said pregnant women suffering from malaria are at increased risk of anemia and miscarriage, and their babies are at risk of prematurity, stillbirth, and can even affect the growth of the fetus in the womb.

Ms Oppong-Yeboah sharing her views on why everyone must support the “Zero Malaria Starts with Me” campaign to help eliminate malaria in Ghana and other parts of Africa, said malaria still remains a major public health problem in Ghana and on the African Continent in spite of may interventions.

For her, considering the risky nature of malaria, everyone who has a voice to influence people must join the national and international efforts such as the “Zero Malaria Starts with Me” campaign to fight malaria.

“Zero Malaria Starts with Me” is a pan-African campaign that mobilises and empowers communities to take ownership over the fight to end malaria.

The initiative calls for action from political, private sector and community leaders to accelerate malaria prevention and treatment and save lives.

So far, about 23 countries have launched the “Zero Malaria Starts with Me” campaign.

The Zero Malaria Starts with Me campaign originated in Senegal in 2014 as a nationwide citizen movement to increase awareness about malaria, make malaria elimination a political priority and ensure national commitment.

However, following the various successes that Senegal chalked from the initiative, the campaign has now turned into a continent-wide force.

Building off Senegal’s success, in July 2018, African Union Heads of States and Governments endorsed the campaign in support of the African Union goal to end malaria by 2030, expanding it from a nationwide campaign to a pan-African movement.

The campaign is based on three pillars: political engagement, private-sector engagement and community engagement. These pillars lay the foundation to keep malaria high on the political agenda, raise funds to support malaria work and activate everyone from heads of state to community members.

Ms Oppong-Yeboah is of the view that everyone’s contribution will help to eliminate malaria in Ghana, adding that all individuals who have voices must join the campaign to help increase awareness on malaria in the country.

She also called on authorities to strengthen existing malaria prevention strategies, particularly those that target pregnant women to help prevent undesirable maternal and fetal birth outcomes in the country.

She was of the view that although most people living in areas where malaria is widespread develop some level of immunity to the disease, a pregnant woman’s risk of infection increases due to changes in her hormone levels and immune system.

Malaria contributes to maternal deaths. Pregnant women are more susceptible to complications from malaria. Complications may include cerebral malaria, renal failure, and hemolysis (the breakdown or destruction of red blood cells so that the contained oxygen-carrying pigment hemoglobin is freed into the surrounding medium).