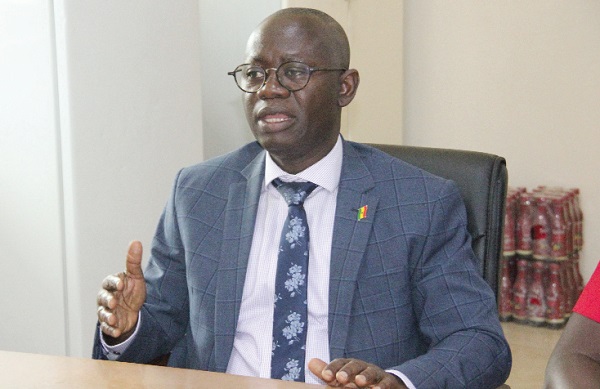 Ghana will revert to writing the West African Senior School Certificate Examination (WASSCE) in May/June in 2024, the Director-General of the Ghana Education Service (GES), Professor Kwasi Opoku-Amankwa has announced.

He explained that currently, Ghana was doing a gradual recovery learning, based on contact hours in the classroom.

“We are hoping that by 2024, we would have come up to the same level with the other member countries.

“That is why we said this year the calendar that we put out was a transitional calendar. We are transiting to go back to our old calendar when we start school from September/October and end in June/July the following year,” he explained in an interview with the Daily Graphic.

This year’s WASSCE will be written by Ghana alone.

This is because the other four-member countries of the West African Examinations Council (WAEC) — Nigeria, Liberia, Sierra Leone and The Gambia — have returned to the May/June calendar and administered the WASSCE for their school candidates from May 9 to June 24, this year.

The GES Director-General explained that Ghana made a case that returning to the May/June calendar immediately would amount to disadvantaging the candidates “because they would not have met the 1,134 contact hours”.

“So we made a case to WAEC, the issue was considered at the international level and they agreed that we write our examination outside of the others,” he explained.

“But just as the May/June and the Nov/Dec examinations are both standardised and the award systems and the processes that they go through are the same, so is our August/September WASSCE an international WASSCE examination, the only difference being that the period when it is written is different from that of the other countries.

“We believe that our insistence on contact hours is a major contributor to the performance of our students in the WASSCE so far because we make sure that they get the fullest. In the past, they were doing about 1,080 contact hours in a year, but now they do 1,134 in a year and that, we believe, has contributed to their performance,” he explained.

On the Ghana-alone WASSCE, Prof, Opoku-Amankwa said he believed the advantage would be that the issue of cross-country rogue website operations would be irrelevant.

“What we realised in the past with those rogue websites was that even though we tried as much as possible to start the papers at the same time, because of time differences, some countries might start slightly earlier than others and so some of those rogue website operators took advantage of that,” he explained.

He gave an assurance that the GES and WAEC, working together with the security agencies, would ensure that security was tightened at the centres and online to ensure that the examination was written under a conducive climate.

Prof. Opoku-Amankwa reminded WASSCE candidates that their success depended on their level of preparation, adding that they had been in school for three years and had gone through what it took for them to pass the examination.

“We expect that they have devoted enough time to their books and are confident in what they have been taught. Therefore, they have the ability to write the examination and pass on their own and not depend on anybody, any source or other means to pass,” he said.

He also urged teachers, supervisors and invigilators to ensure that they kept to the rules and regulations, so that they would not get themselves involved in any examination malpractice.