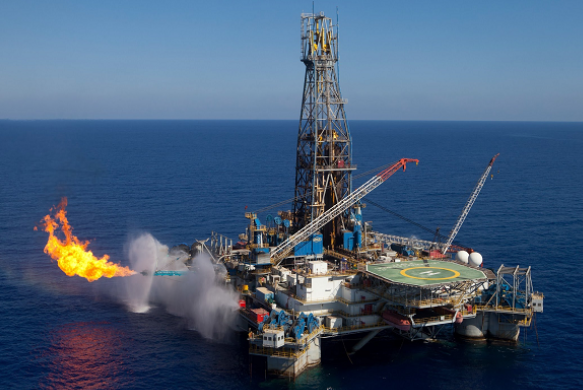 Per a ruling dated July 15 this year, the government must desist from making any payment to Eni and Vitol until the determination of a substantive application by the court on whether the government should rather make the payment to the court.

The issue of the payment by the government to the court is to help enforce another order by the court directed at Eni and Vitol to preserve 30 per cent of all the revenues accumulated from the Sankofa Oil Field, since June, 2021, until the determination of a legal dispute.

The court ordered the government not to make the payment for the purchase of oil to Eni and Vito after it had granted an interlocutory injunction by an indigenous oil company, Springfield Exploration and Production Limited (SEP).

The order by court, presided over by Justice Mariama Sammo, is specifically directed at the Ghana National Petroleum Corporation (GNPC), the Ministry of Energy and the Ministry of Finance.

SEP has been battling Eni and Vitol in court over the refusal of the two multinational oil giants to unitise their Sankofa Field, and Afina Oil Field, operated by SEP as directed by then Minister of Energy, John Peter Amewu, on April 9, 2020 , in accordance with Section 34(1) of the Petroleum (Exploration and Production) Act, 2016 (Act 919).

At stake in the dispute are more than 500 million barrels of oil.

Following an application by SEP, on June 25, 2021, Justice Sammo ordered the preservation of 30 per cent of the revenue accruing from the Sankofa Oil Field into an escrow account agreed by all the parties.

The preservation order will be in place until the determination of a suit by SEP seeking an order for the court to compel Eni and Vitol to comply with the directive of Mr. Amewu to unitise their respective oil fields.

Justice Sammo directed that the 30 per cent would be paid into an interest-yielding escrow account, and in the event Springfield succeeded, the money would be shared among the parties in a ratio determined by the court.

However, the court held that in case Springfield lost the court case, the money would be released to Eni and Vitol.

It is the case of SEP that Eni and Vitol frustrated the execution of the preservation order by the court and also totally disregarded it.

In view of that, on January 24, this year, following another application, the court ordered that the 30 per cent of the accumulated revenue should now be paid to the Registrar of the court to be deposited into an interest bearing account.

On March 3, this year, SEP went back to the High Court with an argument that Eni and Vitol had still refused to carry out the court’s order for the preservation of 30 per cent of the revenues accrued from the Sankofa Oil field.

It, therefore, filed an application for the court to stop the government from making any payment to Eni and Vitol for the purchase of oil from the Sankofa Field and rather for the payments to be made into the accounts of the court, until the two foreign oil companies comply with the preservation order.

It was the case of SEP that although the current application would not deal with the entire amount involved in the preservation order; it “will greatly maintain the integrity of the order of the court and enhance the due administration of justice.”

As part of its case, SEP also filed an interlocutory application for the court to halt the payments by the government to Eni and Vitol until the final determination of the substantive application.

It was the interlocutory application that was granted by the court on July 15, this year.

The Sankofa Oil Filed is part of the Offshore Cape Three Points (OCTP), an area located off the coast of western Ghana, with about 500 million barrels oil reserves and 40 billion cubic metres of gas.

Eni is the lead operator.

On the other hand, Springfield is the lead operator in the Afina Field in the West Cape Three Points (WCTP), which has about 620 million barrels of oil.

Section 34 of Act 919 stipulates that whenever accumulation of petroleum extends beyond the boundaries of a contract area into another contract area, the Minister of Energy may direct the two contractors to merge their operations into a single unit.

Technical analysis done by experts, contracted by the government and the parties, revealed that the accumulation of petroleum in the Sankofa Field extended to the Afina Field.

That led Mr. Amewu to order Springfield and Eni to unitise their operations, in line with Act 919.

After many rounds of failed negotiations, Springfield dragged Eni and Vitol to court, seeking to enforce the minister’s order.

Eni has also dragged Ghana to the London Arbitration Tribunal with a case that the Government of Ghana was attempting to force Springfield E&P on it.

Meanwhile, energy experts have argued that Ghana stands to benefit more from the unitisation because it will lead to a significant drop in operational and capital costs of the unitised fields, which in turn will lead to increases in royalties, taxes, additional oil entitlement (AOE), fees and levies for the government.