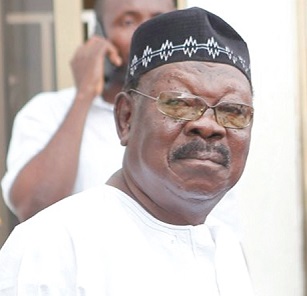 The last batch of over 3,000 Ghanaian pilgrims who travelled to Saudi Arabia to partake in this year’s Hajj have safely arrived in Accra.

The pilgrims, who travelled in May this year, arrived at exactly 1:30 pm yesterday[June 25, 2022] at the Kotoka International Airport.

The visibly exhausted but excited pilgrims were welcomed back to the country by some members of the Hajj Board and were ushered into waiting buses back to the Hajj Village to finalise travel plans and meet their friends and families.

Addressing the media, the Director of Health for the Hajj Board, Zakaria Seidu, thanked the government and stakeholders for their unflinching support in making this year’s Hajj a success.

“For the past four Hajj seasons, we have enjoyed immeasurable support and we are grateful to them,” he said.

He said this year’s preparations involved education and strict adherence to Covid-19 protocols, which contributed to the success of the pilgrimage, as no infection or outbreak was recorded.

The Director of Finance of the Hajj Board, Farouk Hamza, said although preparations for this year’s Hajj started barely a few weeks to the set off day, it was still successful, adding that everything worked according to plan.

He, however, noted that although the year’s Hajj was successful, the board encountered some challenges, revealing that two persons died in the course of the pilgrimage through natural causes.

Another challenge, Mr Hamza indicated, was some Ghanaians who were not part of the Hajj team infiltrating the Ghanaian camp for some resources.

Also, the board was not able to send some people to the pilgrimage as promised. He advised that Muslims who registered but, unfortunately, could not travel with them to submit applications for their money to be refunded.

“We advise that Muslims who registered but for one or two reasons couldn’t make it to the Hajj to put in their applications so that we refund their money to them,”Mr Hamza said.

A total 3,069 pilgrims were successfully flown from Ghana to Saudi Arabia to perform the Hajj rituals this year.

Hajj is an annual pilgrimage to the Holy city of Mecca where Muslims perform various rituals as part of an Islamic obligation.

It is the fifth pillar of Islam, which enjoins every Muslim who can afford, and is physically fit, to embark on the pilgrimage, at least once in their lifetime.

Each year, millions of Muslims from all parts of the world converge on Saudi Arabia to praise Allah, express appreciation to Him for His mercies and also seek blessings and forgiveness for their trespasses as part of the rituals.