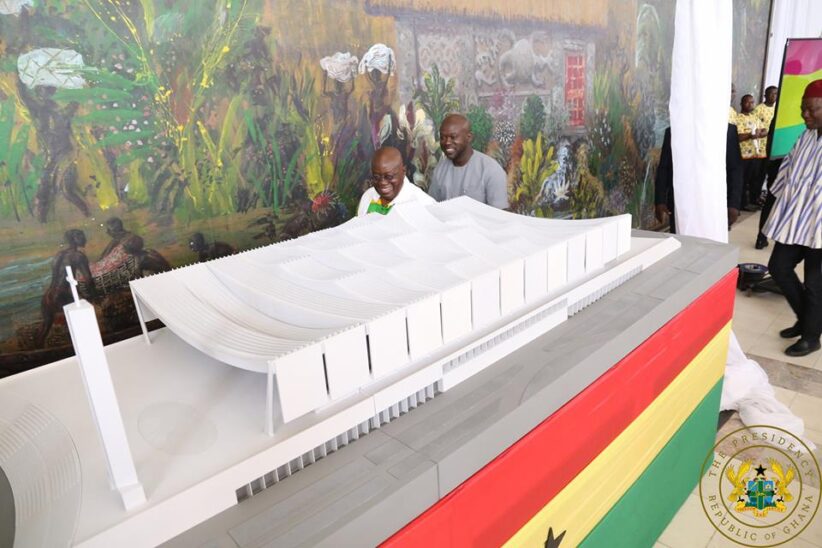 President Nana Addo Dankwa Akufo-Addo has listed seven benefits that will be derived upon the completion of the national cathedral project.

According to him, the cathedral will fill a missing link in the nation’s spiritual architecture by providing a formal space for religious activities of the state.

Addressing the symposium of Episcopal Conferences of Africa and Madagascar at the Christ the King Church Tuesday [July 26, 2022) in Accra, the President also stated that the national cathedral designed by Sir David Adjaye will;

1. Provide an inter-denominational space for worship

2. Will place God at the centre of nation-building efforts

3. Provide an official venue of worship for state occasions in a predominantly Christian nation

4. Serve as a fulcrum for propagating the Christian faith

6. Serve as a tribute to religious liberty

7. More importantly, it will serve as our collective thanksgiving to the Almighty for the blessings he has bestowed on our nation, sparing us the ravages of civil war that have bedevilled the histories of virtually all our neighbours and the outbreaks of mass epidemics.

President Akufo-Addo added that just as the building of the Temple of Solomon was an epoch-making event worldwide, the national cathedral’s construction was an epochal event for the entire African continent.

He said as a result elements such as the design had been included to make it relevant to the African church.

“These three initiaves; the pathbreaking design, the bible museum of Africa and the biblical gardens of Africa will help to ensure the relevance of the project to the church in Africa,” he said.

Over 1,800 flee terrorist attacks in Burkina to Ghana