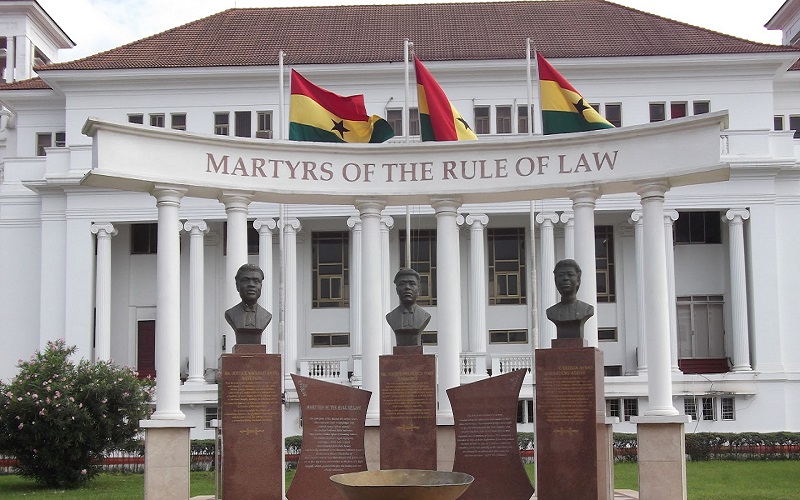 The names of the four have been forwarded to Parliament in line with legal requirement for Parliamentary vetting and approval.

The nominations were made in line with the advise of the Judicial Council and in consultation with the Council of State as a result of the pending and projected vacancies on the bench of Supreme Court in 2022.

The Speaker of Parliament, Alban S.K. Bagbin made the announcement Tuesday morning.

Reading out the content of the letter, titled “Reappointment of Justices to the Supreme Court”, the Speaker said the Judicial Council advised the President on July 4, 2022 by a letter signed by the Chairman of the Judicial Council, Justice Kwasi Anim-Yeboah, of the suitability of his nominations for appointments of the nominees in accordance with Article 144 clause 2 of the Constitution.

“Upon receipt of the Judicial Council’s advice and in accordance with my duty under Article 144 clause 2, I consulted with the Council of State by submitting the names and the curricula vitae of the nominees for appointment to the court

“The Council of State, by letter dated July 25, 2022, notified me of the successful completion of the consultation process.

“I am therefore, in accordance with Article 144 clause 2, seeking the approval of Parliament for the appointment of the nominees as justices of the Supreme Court,” the Speaker quoted the President’s letter.

Per the letter, the Speaker said the President was fully satisfied that each of the nominees “is duly qualified and imminently fit to discharge the functions of the Justice of the Supreme Court.”

“Mr Speaker, it is my respectful hope and expectation that the approval of the nominees will proceed expeditiously to enable them to assume office as soon as practicable,” the letter read.

The Speaker subsequently referred the content of the letter Appointments Committee for consideration and report to the House.