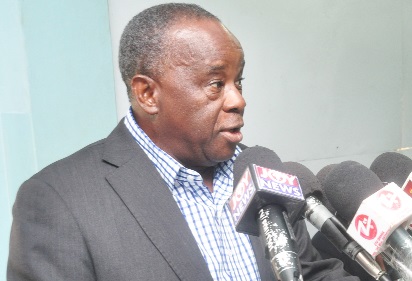 SIGNIS-Africa, the continental branch of SIGNIS, the World Catholic Association for Communication, has honoured Ben Batabe Assorow for his sterling leadership in various capacities.

The award was conferred on him in recognition of his support to the organisation during his tenure as president of SIGNIS-Africa.

He was among individuals who had made significant contributions to the growth of SIGNIS-Africa over the years.

In receiving the award, Assorow said he was humbled by the kind gesture by the organisation.

“I do, with all humility, accept the award and in great appreciation and thanks to SIGNIS-Africa and the nomination committee for finding me worthy of this award; I am most grateful.

“I dedicate this award to the Ghana Catholic Bishops’ Conference, the Symposium of Episcopal Conferences of Africa and Madagascar (SECAM), all those that I have worked with over the years, and, indeed, to my wife and children,” he said.

Apart from having been President of UNDA-Africa (now SIGNIS-Africa), Mr Assorow also served on the World Board of SIGNIS, and is a former Director of Communications of the SECAM.

Before that, he was the Executive Secretary of the Department of Social Communications of the Ghana Catholic Bishops’ Conference.

Meanwhile, the National Media Commission (NMC) has congratulated Mr Assorow on the recognition.

The Chairman of the commission, Yaw Boadu Ayeboafoh, said in a congratulatory message: “Sir Ben, congratulations on making yourself, the nation, media and NMC proud for the award”.

“Such international recognitions are not easy and are only given on merit.

Other recipients of the award in that category included Rev. Fr Bernardo Suarte, a Mozambican at Vatican Radio; Alvito d’Souza, a Kenyan and a former Secretary General of SIGNIS-World Secretariat in Brussels, Belgium; Prof. Linus Pungi of the Democratic Republic of Congo and a former

President of SIGNIS-Africa; and the Social Communications Office of the Bishops’ Conference of Burkina Faso and Niger.

Preparations on course for WASSCE 2022 – WAEC