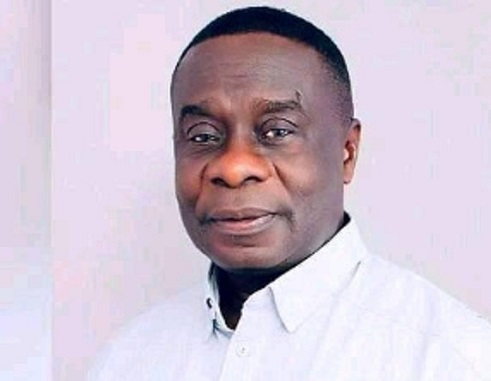 The Supreme Court (SC) has dismissed a review application by the restrained Member of Parliament for Assin North, James Gyakye Quayson.

Mr Quayson wanted the apex court to review its decision on March 9 this year not to stay proceedings regarding his appeal at the Court of Appeal challenging the nullification of his election and refer Article 94(2) (a) of the 1992 Constitution to itself for interpretation.

However, in a 5-2 majority decision yesterday, a seven-member panel of the Supreme Court refused the invitation by Mr Quayson to review its decision.

In a 5-2 majority decision on April 13 this year, the Supreme Court barred Mr Quayson from performing his duties as an MP until the determination of a suit challenging the constitutionality of his election.

That was after the court had upheld an injunction application by a constituent of Assin North, Michael Ankomah-Nimfah, who won a judgement at the Cape Coast High Court nullifying Mr Quayson’s election on the basis that the MP held Canadian citizenship at the time he filed to contest the seat.

In its ruling, the court was of the considered view that the High Court in Cape Coast had declared the election of Mr Quayson null and void and, therefore, allowing him to continue as an MP while the constitutional issue was yet to be determined “will be an indictment of the administration of justice”.

“There can be no justification for ignoring the submissions on the continued disregard of the orders of the High Court which have not been suspended or overturned,” it held.

Again, the court held that the whole country would suffer a greater hardship if Mr Quayson was allowed to continue to serve as MP and the court determined that his election violated the 1992 Constitution.

“This court will be failing in its exclusive mandate and duty to the Ghanaian people to uphold and defend the Constitution if it does not suspend, mitigate or abate an alleged constitutional illegality if the applicant were to succeed at the end of this suit,” it held.

The majority decision was authored by Justice Kulendi.

In the dissenting opinions, Justices Dordzie and Amegatcher were of the view that the Supreme Court was not the right forum for the applicant, and that all he needed to do was enforce the judgement of the High Court.

However, since the election, he had been battling in court to maintain his parliamentary seat.

On December 30, 2020, Mr Ankomah-Nimfah filed a parliamentary election petition at the Cape Coast High Court challenging the eligibility of Mr Quayson to be an MP.

The court upheld the petition and on July 28, 2021, declared Mr Quayson’s election as void, on the basis that he owed allegiance to another country other than Ghana, contrary to Article 94(2) of the 1992 Constitution.

It was the considered view of the court that as of the time Mr Quayson filed to contest the MP position, he had not renounced his Canadian citizenship and, therefore, was not qualified to contest the seat.

The court, presided over by Justice Kwasi Boakye, ordered the EC to organise a new election in the constituency.

Mr Quayson filed an appeal at the Court of Appeal, Cape Coast, but on March 22 this year, the second highest court of the land struck out the appeal for not being in compliance with the rules of court.