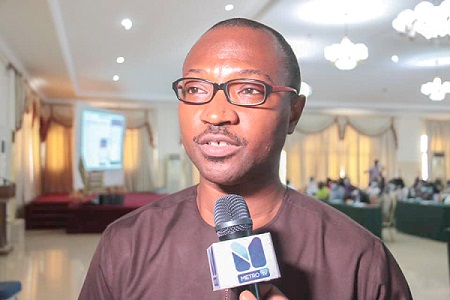 That, he indicated, would make it impossible for unscrupulous men to rape them.

Dr Otoo made the appeal when he addressed journalists to mark this year’s World Population Day in Koforidua, last Monday.

He said in some cases, such bad men went to the CHPS compounds or health centres to deceive the female health workers that they were in for treatment only to pounce on them and subject them to rape.

Dr Otoo explained that many of such rape cases had been reported to his outfit and that it was only the chiefs or opinion leaders in such communities where the CHPS compounds or health centres had been located who could protect the female health workers,especially, the nurses.

According to the Deputy Health Director, such an unfortunate situation had compelled many female health workers to request to be reposted from such CHPS compounds.

He indicated that it was very wrong for some people to engage in bad behaviour such as attacking female health workers.

“The health workers are in the communities to provide healthcare services to the people and that any attack on them by some bad men is unacceptable.

“Chiefs, opinion leaders, assembly members, unit committee members, elders in the communities as well as other relevant stakeholders must give female health workers the protection they deserve”, Dr Otoo stated.

Touching on the current state of CHPS compounds in the region, Dr Otoo said out of 842 CHPS compounds, less than 80 of them were properly functioning.

The Eastern Regional Officer of the National Population Council, Isaac Ter-Ibinibe Sopelle, said the focus of the celebration this year was prioritising rights and choices for all because sexual reproductive health and rights (SRHR) which were fundamental to sustainable development.

For instance, he indicated that women had the right to be informed and to have access to safe, effective, affordable and acceptable methods of family planning of their choice as well as other methods and the right of access to appropriate healthcare services.

That, Mr Sopelle stated, would enable them to go through pregnancy and childbirth safely .

Access to the reproductive health information and services, he explained, were unavailable especially for adolescents and young people.

Mr Sopelle stressed that where those services were even available, the people were faced with numerous challenges such as distance to services, unfriendly attitude of service providers and stigmatisation.

On teenage girls, he noted that they needed to be empowered to make them take their own decisions in life, saying it was more likely for them to realise their fullest potential of becoming a force to reckon with in society and the nation as a whole.

According to him, the policies and investments in education and health sectors that empowered teenage girls and created economic conditions leading to the creation of jobs were important in countries with a large and increasing youth population.

Such countries, Mr Sopelle indicated, could realise a demographic dividend which had the potential to bolster and speed up economic growth.

That, the regional officer said, was maximising the dividend depended on the empowerment, education and employment of the people together with higher savings and investments in productive sectors of the human resource.

He said the government developed its second National Population Policy with the primary objective, among others, to educate the youth on population matters which directly affected them such as sexual relationships, fertility regulation, adolescent health, marriage and child-bearing.

Mr Sopelle explained the policy would guide young girls on responsible parenthood and small family sizes a framework through which the reproductive health needs of adolescents and young people in Ghana would be met.

He said that the policy also sought to serve as a guide for the formulation, implementation and monitoring of programmes and services to address the reproductive health needs of the targeted group.

Mr Sopelle noted that gender inequality still existed everywhere in the business, education, politics and health sectors as well as the right to own property and access to credit.

He, however, intimated that some cultural practices such as female genital mutilation, early marriage, inadequate access to agricultural land and discrimination at the workplace had been compromising their reproductive health.

According to him, women should therefore be empowered to challenge rooted gender-based discriminations.

That, Mr Sopelle stated, would increase their access to educational and employment opportunities.