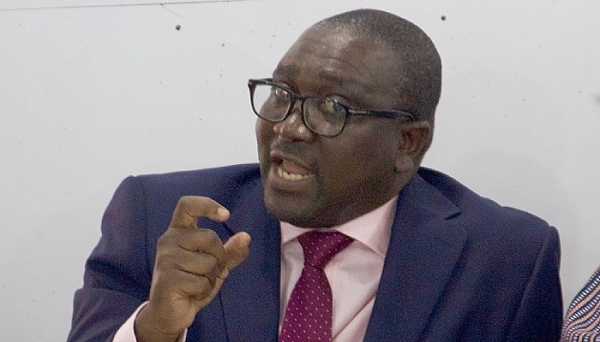 The National Media Commission (NMC) has expressed concern over the use of radio to incite the public in Bawku.

It, has, therefore, called on owners of radio stations in the area to adopt stronger gatekeeping measures to ensure that persons with interests in the conflict did not hijack the stations to foment trouble.

It further called on owners of radio stations to be careful of those they recruited as programme hosts, and which persons were invited as guests to discussion programmes.

“Owners must remember that they bear ultimate responsibility for whatever happens on their networks. Within the next two weeks, all owners of radio stations in the Bawku area are requested to submit to the Commission clear measures they have put in place to ensure professionalism in the radio stations,” it said.

The concerns by the Commission were contained in a statement signed by its Executive Secretary , George Sarpong, and issued in Accra yesterday.

It stated that the Media Foundation for West Africa (MFWA) and the Ghana Independent Broadcasters’ Association (GIBA) had offered to assist any broadcaster in Bawku who might require assistance to review their gatekeeping and professional systems.

The statement by the Commission followed the escalation in incidents of hate speech, disinformation and incitement on radio in the past couple of weeks on a scale and scope that posed a clear and present danger to the Bawku community.

It said some of the cases were closely reminiscent of the egregious misbehaviour of Radio Television Libre des Mille Collines in the Rwandan genocide and asked stakeholders to understand that at the core of the tension between free expression and public safety was the need to seek the public good.

“As a media regulator, the National Media Commission believes that our collective search for peace must be anchored on a proper balance between the right of radio stations to broadcast and the legitimate need of society to protect public order as envisaged under Articles 162,163 and 164 of the Constitution (1992).

Consequently, the Commission hereby cautions radio stations and their staff that drastic consequences attend on culpability,” it said.

The statement advised media houses outside Bawku to be very circumspect in their coverage of the conflict.

It cautioned media practitioners to keep in mind the prosecution of journalists at the International Criminal Court and advised themselves accordingly.

It meanwhile commended GIBA, MFWA and all partners in the media and peacebuilding efforts in Bawku and expressed the hope that all radio stations would take advantage of their offer.

Several lives have been lost since the Bawku ethnic conflict between the Mamprusis and Kusasis started decades ago.

The fight was ignited last Christmas, leading to the death of many people, including a female police constable.

Recently at a press conference on behalf of the house of chiefs in Bolgatanga, the President of the Upper East Regional House of Chiefs, Pe Dituudini Adiana Ayagitam III, said the renewed chieftaincy conflict had reached crisis level as many residents, families and individuals had lost their source of livelihoods and were currently struggling to survive in the area.

Addressing residents of Bawku last month, the Minister of Interior, Ambrose Dery, urged them to use dialogue to resolve the decades-old conflict in the area for accelerated development

Judiciary will expand access to justice through technology – CJ