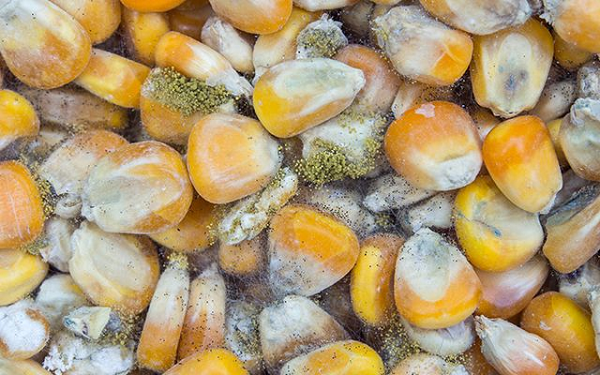 Stakeholders at a workshop on healthy diets and nutrition have called for an effective implementation of government’ policy on Aflatoxins to deal with issues of food safety in the country.

They noted that cabinet’s approval of the policy on aflatoxin control in foods and feeds was a step in the right direction and must be commended.

However, they said discussions on the policy should be shifted to its effective and efficient implementation so that the aim of the policy could be achieved especially in dealing with issues of contaminated food on the markets to improve on the wellbeing of Ghanaians.

Aflatoxins were natural poisons gotten from contaminated food crops that could cause liver damage and cancer.

They identified that it was possible for the country to eliminate these contaminations from the food if proper implementation strategies were put in place.

The stakeholder workshop on Partnership for healthy diets and nutrition in urban African food systems-evidence and strategies was organised by Institute of Statistical, Social and Economic Research (ISSER), University of Ghana today (May 5, 2022) in Accra.

The meeting formed part of the ISSER NOURICTY project which started in 2018 and was to be completed this year. It was aimed at developing effective pathways to improve urban nutrition and food safety in the country.

The workshop was therefore to present a map of the stakeholders in the food and nutrition security and food safety policy environment in Ghana and discuss their mandates to achieve the requisite health and nutrition outcomes in the country’s policy documents.

The principal investigator of the NOURICITY project, Professor Felix Ankomah Asante described the policy on Aflatoxins as a “good idea” and so the implementation should be a topmost priority because anything that affects food safety should be a major concern of the country.

“It is important for the various institutions that have the mandate to ensure food security to take up the implementation seriously to help prevent contaminated foods from getting into our markets”, he said.

Professor Asante also the Pro Vice Chancellor of University of Ghana who described the policy as a ‘good document” expressed concern about how the policy would be implemented.

“How are we going to make sure that when we go to the farmer from production level, the farmer has in mind that there is something called Aflatoxins and have to work towards reducing it or even eliminating it. If we are able to have that, I think our health systems and everything will be very very solid”.

The country’s problem he noted has been with the effective monitoring systems of the food chain from when the produce entered the market till it got to the final consumer.

“If that chain is long then we expect to see some of these contamination such as Aflatoxins in our foods”.

Professor Asante recommended the need for detailed implementation strategy with adequate budget and also to identify the persons or institution accountable for each stage of Implementation “because if there is no accountability, there cannot be any proper assessment of the policy”.

The director Metro, Public Health Department of Accra Metropolitan Assembly, Florence S. Kuukyi, noted that consumers contributed a lot in the contamination of food in the markets.

The AMA she said was to embark on sensitization against the processing of foods in the markets for instance chopping of vegetables such as okra and cocoyam leaves (Kontomire) by market women for consumers should be discouraged because before they got home they could have been contaminated.

“The grader and knifes they use to grade some of these vegetables for us, are ecosystem of microorganisms. They don’t wash it, they just use it, place it down, the following morning then they take it again”.

Currently she said there are no-bye laws to check these practices but indicated that the AMA would soon bye-laws to arrest persons who engage in such practices.

Attitudes that build a nation