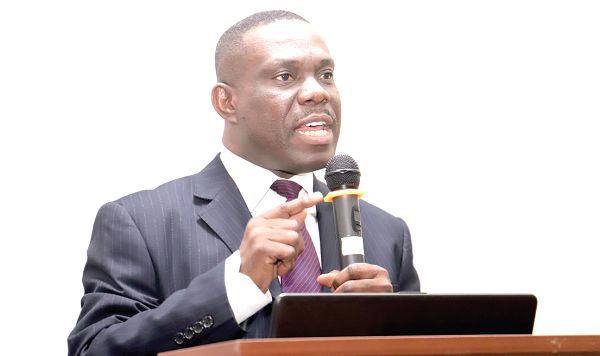 Internal auditors have been charged to monitor accounting systems used in the preparation of their financial statements to ensure that accurate dividends are declared to the government annually.

According to the Director-General of the Internal Audit Agency (IAA), Dr Eric Oduro Osae, some state owned-enterprises (SOEs) were reportedly under-declaring their dividends, thereby making the government question dividends declared by those SOEs.

The objective of the workshop was to equip the auditors with the requisite skills and tools to enable them to prepare and submit their RBIA work plans, in line with the requirements of Section 83(6) of the Public Financial Management Act 2016 (Act 921).

Apart from equipping them with skills and guidance on the application of professional and regulatory requirements for effective public sector internal auditing, the training was also to expose the auditors to contemporary practices in RBIA to appreciate the current policy of shifting from conventional auditing.

According to Dr Osae, “the year 2023 is going to be an uphill task for internal auditors because the state in which we operate will come under scrutiny”.

He said they would be expected to provide advisory and insurance services that would help protect the finances of companies and inject fiscal discipline in the management of public funds.

He said in addition to areas that would be published in their risk assessment, auditors must also monitor and follow up the implementation of recommendations in the Auditor-General’s reports.

He further urged the auditors to focus their attention on mainstreaming and conducting performance auditing of institutions to ensure value for money.

Dr Osae also asked them to take a keen interest in protecting public assets, guiding the assets and getting ownership of the assets, saying: “Most of the institutions have assets and liabilities whose ownership is questionable.”

“Let us work together to provide the advisory and assurance services that the public institutions need because if we work and institutions listen to us, everything about external auditors’ reports will become a thing of the past. Our role is to protect,” he stressed.

At the end of the workshop, participants are expected to submit their risk-based annual internal audit work plans timorously and also enhance the value of public sector internal audit.