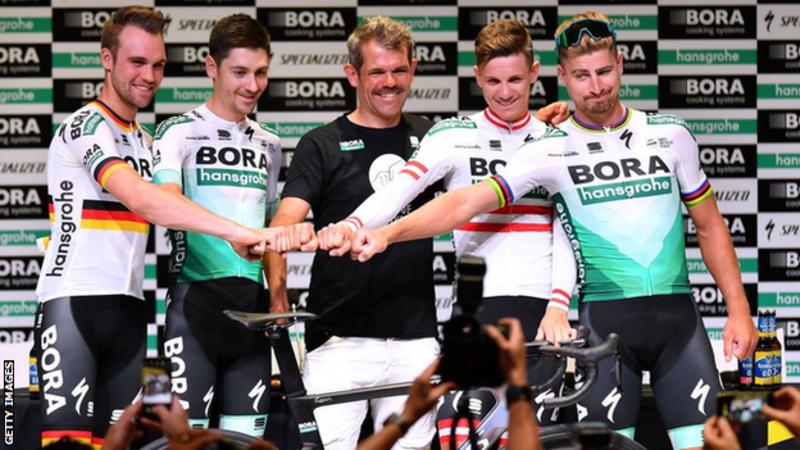 The manager of German-based cycling team Bora-Hansgrohe has raised concerns about the validity of the coronavirus testing that will be used at the Tour de France, which starts on Saturday.

Ralph Denk withdrew his team from Tuesday’s Bretagne Classic because of a ‘false positive’ test result.

One of his riders was told they had tested positive for Covid-19 but a second test was negative.

“It looks like my concerns are being confirmed,” said Denk.

“It is known that PCR tests have a certain rate of error and thus produce false positive results. This in itself would not be a problem if there were the possibility to check the results immediately in the case of a positive finding.”

Denk suggested A and B samples, similar to those used in doping tests, should be used to increase the tests’ accuracy. If an A sample returned a positive result, the B sample would be tested in order to double check.

“In the UCI’s current testing strategy, this verification is not present,” he said.

“We are talking about athletes who have prepared for a race for weeks or months and then might not be allowed to start the event due to a false finding.”

The Tour de France, which is usually raced in July, is scheduled to start in Nice on Saturday, 29 August.

If a team returns two positive Covid-19 tests while at the Tour, they will be withdrawn from the race.