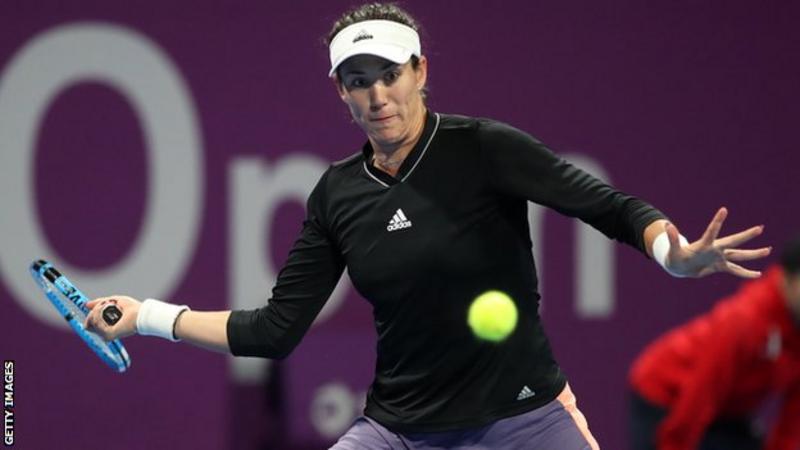 Spanish world number 16 Garbine Muguruza is a doubt for the US Open because of an ankle injury.

Six of the top 10 players have already pulled out of the women’s draw.

One person – not a player – has tested positive for coronavirus at the Western and Southern Open, which begins on Thursday at Flushing Meadows.

Muguruza has withdrawn from that tournament but still hopes to compete in the US Open, which starts on 31 August at the same New York venue.

The person who tested positive for Covid-19 will isolate for at least 10 days and contact tracing has begun to determine if anyone else needs to quarantine.

“I have decided to withdraw from the Western and Southern Open due to discomfort in my left ankle,” said Muguruza, 26.

“I really want to get back on Tour and do it in New York. I will work hard so that I can be there in a few days.”

Muguruza is a former French Open and Wimbledon champion and reached the Australian Open final earlier this year.

Bianca Andreescu, the 2019 US Open champion, and world number two Simona Halep are among those not competing at the Grand Slam amid the coronavirus pandemic.