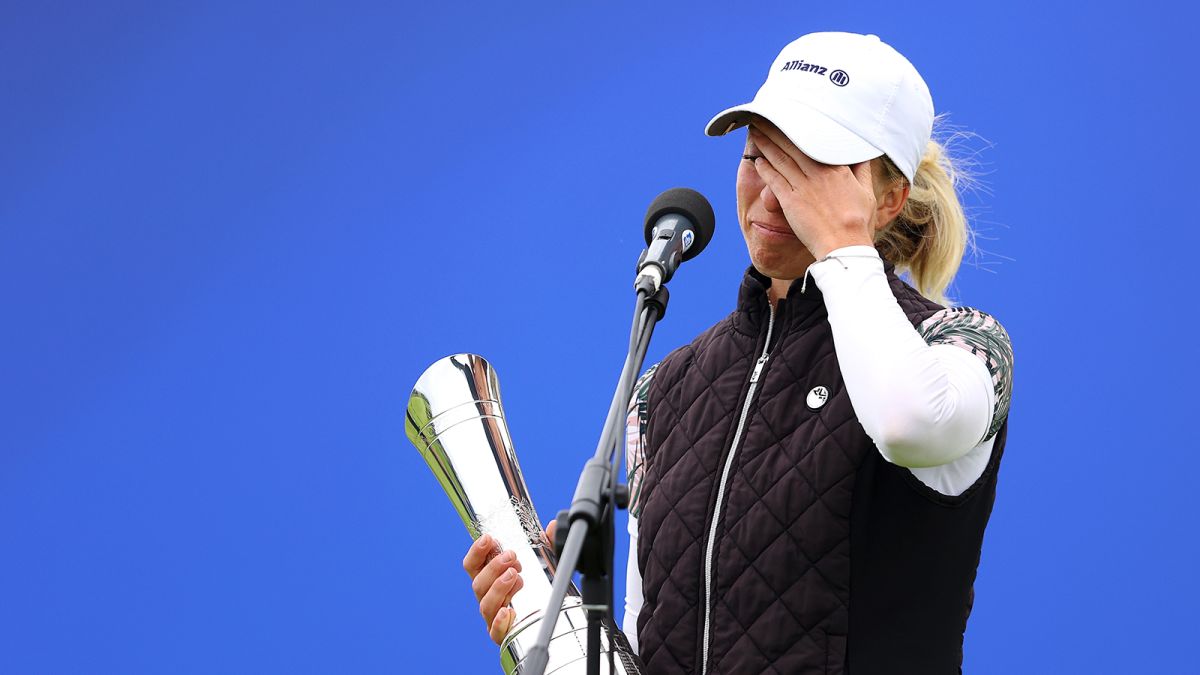 The 27-year-old German, who had not won on the LPGA or Ladies European Tour before this week, shot a three-under 68 to win her first major on seven under.

Thailand’s Jasmine Suwannapura shot a 67 to finish on five under, two ahead of world number eight Minjee Lee (69).

Seven-time major winner Inbee Park was the only other player to finish under par, after a 66 saw her end one under.

It was a stunning victory by Popov, who is the lowest-ranked player to win a women’s major.

She said she “almost quit playing last year” as she cradled the trophy and sobbed tears of joy. “I’m so glad I didn’t,” she added before the tears took over again.

“I got here on Tuesday and I knew my game was in really good shape. I took that belief into every round but I didn’t expect this. I was uber nervous the whole round. I was glad I could get it done.”

She missed out on securing a place on the LPGA Tour by a single shot last year and then the arrival of the coronavirus pandemic and the cancellation of qualifying school meant another year on the second-tier circuit.

Her only other professional wins have all come on the satellite Cactus Tour earlier this year, with the last of the three being at Troon North in Arizona.

She only secured qualification for the Women’s Open with a top-10 finish at the Marathon Classic a fortnight ago and last week was playing on the Symetra Tour, the feeder circuit for the LPGA Tour.

Without playing privileges of her own, she caddied for Dutch friend Anne van Dam at a recent LPGA Tour event.

Popov started the final round with a three-shot lead but immediately dropped a shot after pulling her opening drive into a fairway bunker.

However, in benign conditions on the west coast of Scotland after three days of storms and blustery winds had made scoring difficult, Popov found her rhythm with birdies on the next two holes and a third of the day on the sixth.

The threat came from world number 138 Suwannapura, who had a run of four successive birdies from the fourth as she closed the lead to one shot by the seventh but bogeys on the 11th and 13th holes handed the advantage back to Popov.

The Thai player then birdied the 15th and 16th but Popov, playing in the group behind, responded with the same to set up a processional finish that even allowed her the luxury of a bogey at the last.

Even that came after a sensible decision to putt around, rather than chip over, the front-left greenside bunker. In fact, Popov’s only real error of the day was trying to enter the scorer’s hut without wearing a face mask.

She turned away with a huge grin on her face and then told an official, who offered her one, “I’d like to buy the whole box!”

Australia’s Lee had been expected to provide the biggest challenge given her lofty world ranking but she was unable to build on birdies on the fifth and sixth holes.

Former world number one and two-time major winner Lydia Ko started the final round six shots adrift but a couple of birdies on the front nine briefly raised her hopes before four successive bogeys from the 10th saw her drift backwards.

England’s Jodi Ewart Shadoff and Mel Reid as well as Northern Ireland’s Stephanie Meadow were the best of the UK players on nine over, one ahead of 2018 champion Georgia Hall.