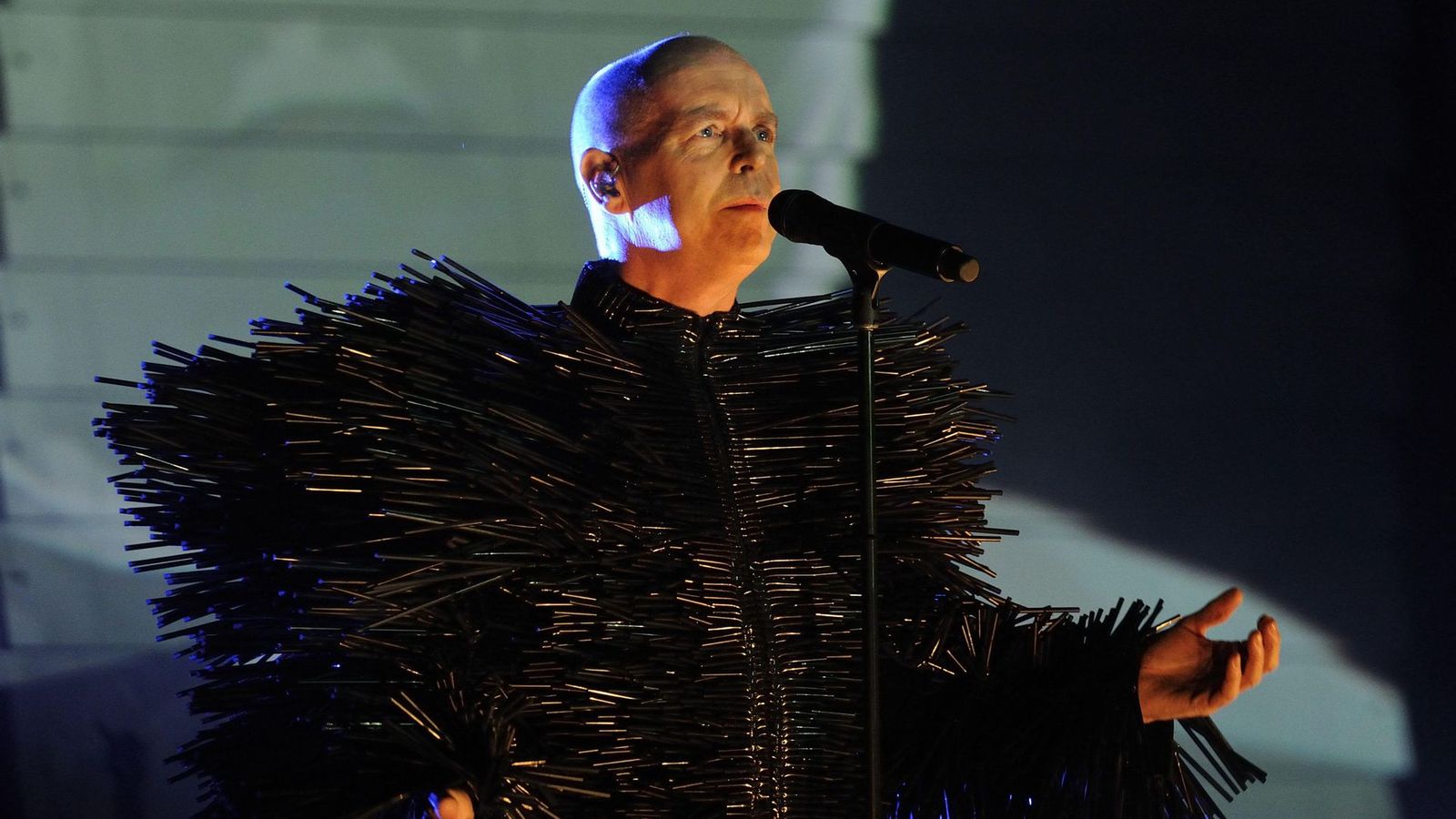 For nearly 40 years, the duo have served up social commentary and infectious electro-pop. As they release their 14th album, they remain a unique musical force, writes Nick Levine. T

Thirty-five years after Pet Shop Boys scored their first significant hit, they occupy a unique and pretty enviable place in the pop landscape. They’re the banger-crafting lovable uncles who keep their fingers on the musical pulse, while maintaining the mystique of performers from a different era. “Their detached and ambivalent approach to success is refreshing at a time where so many artists are clamouring for attention in digital spaces,” says Dr Kirsty Fairclough from the University of Salford’s School of Arts and Media.

But although Neil Tennant and Chris Lowe don’t post on social media (other than through carefully-curated official accounts), they remain an immediately recognisable pop partnership. Close your eyes and you can picture them standing side by side – they may or may not be wearing statement hats, but Lowe will definitely be in shades.

At the same time, perhaps because we’re so used to seeing them described as “pop’s elder statesmen”, it’s easy to overlook their incredible chart record. Listed in The Guinness Book of Records as the most successful duo in UK music history, Tennant and Lowe have racked up a staggering 44 UK top-40 hits, including iconic and era-defining songs such as West End Girls, It’s a Sin, What Have I Done to Deserve This?, Left to My Own Devices and Go West. During their late 1980s and early ’90s imperial phase – to borrow a term coined by Tennant – they also sent 12 songs into the US Billboard Hot 100. They’ve been even more successful on the Billboard Dance Club Songs chart, where they’re the fifth most successful act ever behind Madonna, Janet Jackson, Rihanna and Beyoncé. 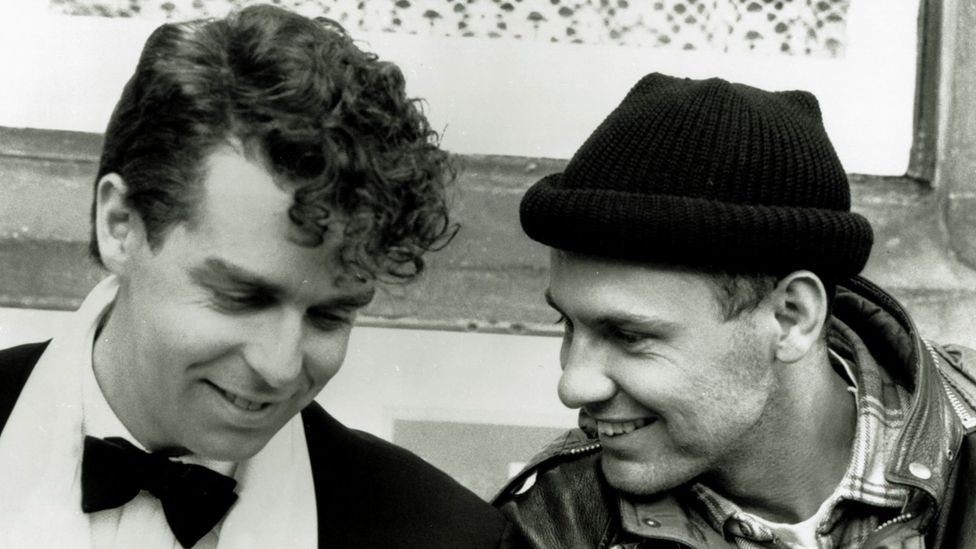 Since West End Girls, which reached number one in the US and UK in 1986,Tennant and Lowe have racked up a staggering 44 UK top-40 hits (Credit: Alamy)

Yesterday, When I Was Mad isn’t one of the duo’s biggest hits, but this underrated 1994 single does contain some of their most devastating and revealing lyrics. Tennant has said he started writing the song “in a bad mood” during their 1991 tour, imagining “the kind of things people say to you after the show”. “And someone said: ‘It’s fabulous you’re still around today,’” he sings archly. “‘You’ve both made such a little go a very long way.’” They may at times have felt underestimated, but in 2020, with a new album on its way and a greatest-hits tour booked, it’s only correct to celebrate Tennant and Lowe as the cleverest men in pop.

On Friday, they release their 14th studio LP Hotspot, the third in a row that they’ve recorded with Grammy-winning producer Stuart Price, a longtime fan-turned-trusted collaborator. The album’s sleek lead single Dreamland teams them with Olly Alexander, singer in chart-topping trio Years and Years, and includes a winning hint of political subtext. Tennant imagines a fantasy world where “you don’t need a visa – you can come and go and still be here” – seemingly a dig at both Brexit Britain (he was a vocal Remain supporter) and current US immigration policy.

Elsewhere, Hotspot pivots effortlessly between classic Pet Shop Boys melancholy – see Burning the Heather, which features lovely guitar parts from Suede’s Bernard Butler – and club-ready hedonism, on tracks like Monkey Business, which sees Tennant assume the role of a reckless extrovert. “Bring me margaritas, Champagne and red wine,” he sings. “We’re gonna have a party where we all cross the line.” There are other subtly political moments, too, including Hoping for a Miracle, whose privileged central character is described as a “child of the sun”, and perhaps bears a resemblance to Boris Johnson.

Indeed, since they broke through with West End Girls, which reached number one in the US and UK in 1986, Tennant and Lowe have displayed a masterly ability to weave both social commentary and political satire into their infectious electro-pop songs. As Fairclough puts it, they’ve managed to achieve a “rare combination of huge commercial success with an intelligent approach to creating pop music which has consistently commented on the cultural moment”.

To take a few examples, their 1986 single Suburbia, partly inspired by the Brixton and Toxteth riots of 1981, explores the rise of social unrest in once-prosperous city areas. Other hits from this era such as Opportunities (Let’s Make Lots of Money) and What Have I Done to Deserve This?, a duet with Dusty Springfield, reflect the emphasis placed on personal financial gain during the Thatcher and Reagan years. “You always wanted a lover, I only wanted a job,” Tennant sings on the latter. And Tennant and Lowe’s satirical flair shines through on 2006’s I’m with Stupid, a song which pointedly sends up the infamous ‘special relationship’ between then Prime Minister Tony Blair and then President George W Bush; during a UK TV appearance, the duo were accompanied by dancers wearing Blair and Bush masks.

Steve Harnell, editor of Classic Pop magazine, which dedicated a special edition to the Pet Shop Boys in 2018, says Tennant’s pre-fame career as a music journalist for Smash Hits magazine is key to understanding the duo’s songwriting style. “Neil’s always had a way with words and that love of language directly translates into his lyric writing.” He also hails Tennant’s “encyclopedic knowledge about what makes great pop music” and says he possesses “an ear for commerciality” combined with a “desire to bring something more highbrow” to the form. Certainly, the Pet Shop Boys’ catalogue is sprinkled with references that most pop groups would never dream of dropping in – from German visual artist Gerhard Ritcher on 2009’s Love Etc. to British politician Tony Benn’s fondness for drinking tea on 2015’s Love Is a Bourgeois Construct. 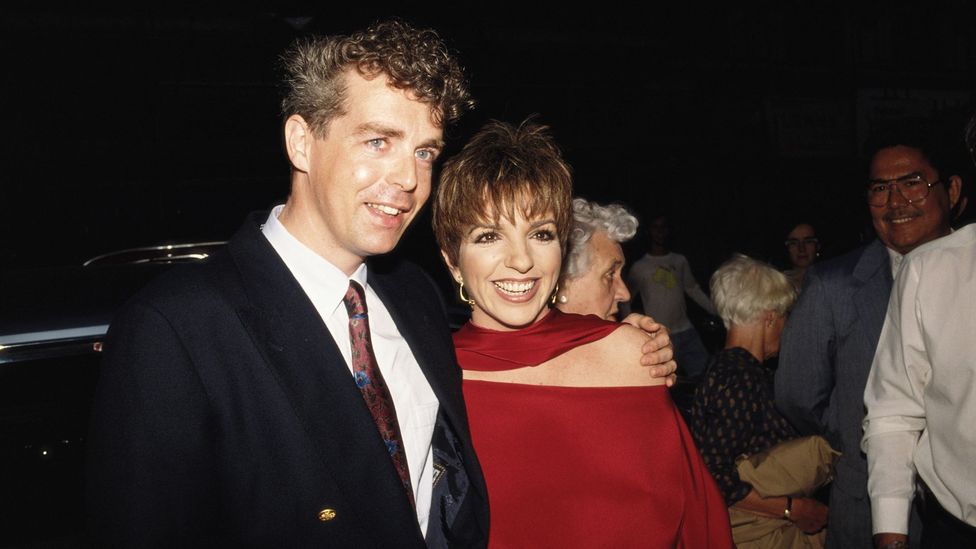 Tennant has always been the duo’s more prominent member, as befits his role as frontman, but Harnell says Lowe’s contribution shouldn’t be underestimated. Like any great partnership, one half complements the other. “Chris Lowe has always maintained strong links with club culture, and is arguably a little underrated in the way that he’s kept the duo’s music sounding fresh and relevant to a new generation of fans,” he suggests. Lowe’s love of club and youth culture comes to the fore on 1986’s Paninaro, one of the few Pet Shop Boys songs in which he provides the majority of the vocals. This club-ready banger was inspired by the ‘paninari’, a 1980s Italian youth subculture who were defined by their love of designer clothing and an ostentatious, high-consumption lifestyle.

Elsewhere, the Pet Shop Boys have found songwriting inspiration in everything from TS Eliot’s poem The Waste Land, which influenced West End Girls’ meditation on big city life, to Jennifer Saunders’ fashion-centric sitcom Absolutely Fabulous, which Tennant and Lowe mined for a hilarious 1994 charity single of the same name. But above all, their music has maintained a subtle but steely queer streak even since the mid ’80s. “Tennant was not a forthright, campaigning kind of figure or lyricist,” says Martin Aston, author of Breaking Down The Walls Of Heartache: How Music Came Out. “He was more about ambiguity, subterfuge, semantics.”

Tennant first discussed being gay in a 1994 interview with Attitude magazine, but before then Aston says queer fans might have guessed his sexuality by “reading the signs”: for example, the duo hired avant-garde gay film-maker Derek Jarman to direct the video for 1987’s It’s a Sin, a song about Tennant’s rejection of his Catholic upbringing which he’s since said was “intended as a camp joke”. In the late ’80s, Tennant and Lowe also collaborated extensively with a pair of gold-plated gay icons, Liza Minnelli and Dusty Springfield. In a 2017 review of Minnelli’s Results album, which the Pet Shop Boys co-wrote and produced, Pitchfork journalist Alfred Soto writes: “In retrospect, the clues were easy to spot, but the best indication that Lowe and Tennant weren’t straight was their choice of clients.” It’s worth noting, though, that Lowe has never spoken publicly about his sexuality.

Aston says he doesn’t think the Pet Shop Boys’ career changed noticeably after Tennant came out. “Their stage costumes were already becoming more colourful and outlandish [before then], and none referred, ironically or otherwise, to any gay stereotype,” he says. However, he concedes that coming out allowed Tennant to be “less coded” in his lyrics, which certainly shines through on a song like 2002’s Last Night I Fell in Love. This witty highlight from the duo’s album Release imagines a homosexual encounter between Eminem, a rapper often criticised for the homophobic content in his lyrics, and an unnamed male fan. “When I asked why have I heard so much about him being charged with homophobia and stuff, he just shrugged,” sings Tennant, adopting the role of the fan. 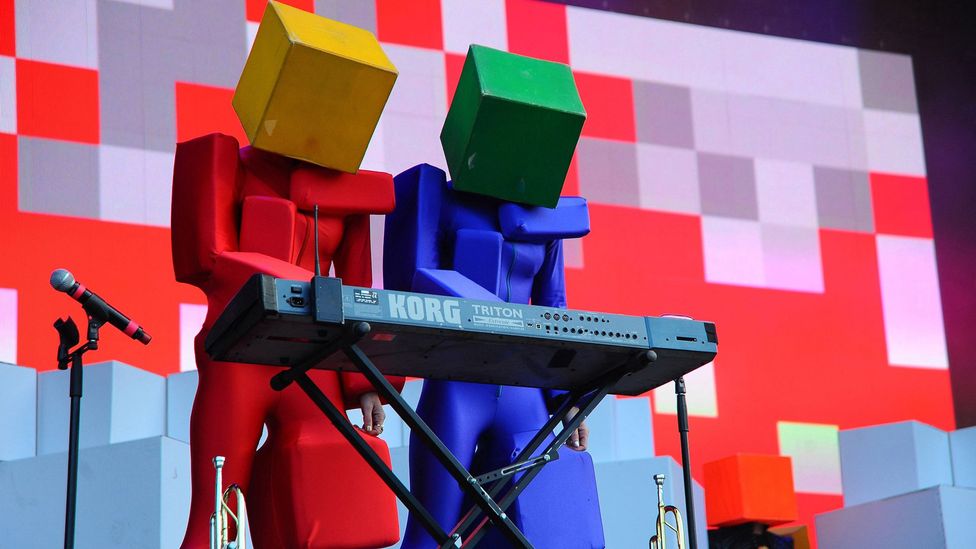 The duo have a built a reputation for high-art live show extravaganzas created in collaboration with top creatives (Credit: Alamy)

However new album Hotspot performs in the charts, Tennant and Lowe’s legacy looks assured at this point in their careers. “You have to take your hat off to their ambition,” says Harnell, who praises the duo’s “huge live show extravaganzas” created in collaboration with top creatives such as award-winning stage designer Es Devlin and Tony-nominated choreographer Lynne Page. Over the years, the Pet Shop Boys have also displayed a willingness to eschew arenas in favour of less traditional pop venues, reflecting their cultural eclecticism. In 1997, they completed a three-week residency at London’s Savoy Theatre, while in 2016 and 2018, they performed similar residencies at the city’s Royal Opera House. It’s an approach that’s subsequently been mirrored by artists like Madonna on her current all-theatre Madame X tour.

Aston says that over 35 years, the Pet Shop Boys have “embodied what the best pop music is all about – something that can be celebrated on the surface, or [on a] deeper [level], should the listener choose to dig”. It’s difficult to disagree with this conclusion. You don’t need to know that Being Boring, a song which enjoyed only modest chart success when it was released in 1990, but is now widely acknowledged as one of the Pets’ very best, was inspired by a quote from US socialite Zelda Fitzgerald, or that Tennant wrote the lyrics about a friend who died of Aids. But once you do, its immaculate melody and relatively understated production become even more moving. It’s a quintessential example of Tennant and Lowe condensing really quite a lot into perfectly-formed pop music.

The street party that revolutionised Britain