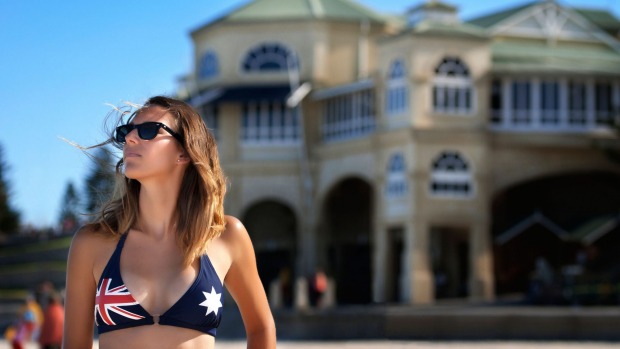 We’re everywhere. Anywhere you go in the world, no matter how far-flung or obscure, you can guarantee that you’ll run into another Australian traveller.

We’re in hostels, in hotels, living as expats, passing through as tourists. We’re drinking in bars; we’re working behind the bar. We’re eating in restaurants, wandering around museums, clogging up campsites, bustling along pavements and driving country roads.

Australians love to travel. We’re known worldwide for it. Every other traveller you meet – and most locals in any given country – will recognise that, along with Kiwis, we’re probably the most prolific travellers on the globe. It’s in our blood. It’s part of our nature.

Last year there were more than 8 million overseas trips made by Australians. We go to popular places and unpopular places. We visit tourist traps; we go off the beaten track. We go for a short time, and we go for a long time. Always have, probably always will.

But here’s a question: why?

Why do Australians travel so much? How has travel become such a part of the national psyche that it’s never a surprise when someone announces they’re quitting their job to go and live overseas; that it’s not even a shock that your mate is going surfing in Indonesia, or shopping in the US, or hiking in Nepal?

I get asked this all of the time when I’m overseas, and usually go with something flippant like, “Well, you know, we’ve always got so far to go – might as well make a proper trip out of it.”

But there’s much more to it than that. Travel has become part of the Australian culture, as much as barbecues or leadership spills. And there are several reasons for it.

One is financial. As one of the richest countries in the world, we have the monetary means to travel. We can afford annual overseas trips. We can splash out on long journeys halfway across the world.

There’s also geography. Part of my original explanation is true – we live a long way from most other countries, which means we’re used to going a long way to get there. And when we do, we want to make the most of it.

Plus, as a nation founded on immigration, almost all Australians have cultural and familial roots in another country, which adds more motivation to leave our shores and investigate other lands.

But still, none of the factors above even go close to fully explaining the cultural obsession we have with travel. To get to the bottom of that, you have to cast your mind back, way back, to the days of the cultural cringe.

Twenty, or 30, or 40 years ago, there was a common belief among Australians that our culture wasn’t up to scratch on a global scale, that our history wasn’t much to be proud of, and our homogenous cities and towns weren’t very interesting to explore. To properly educate yourself, you had to leave.

There was also this idea that Australia wasn’t even “home”. We were so closely tied to Britain that a pilgrimage back to the motherland was thought of as “going home”. And so people would. The fact that journey is still replicated today, in the form of gap year students and career climbers hoping to get some experience in London, says plenty.

In fact it still lingers, this idea that the things we have in Australia aren’t as good as the things other people have overseas. While plenty of Australians are now aware of the attractions we have here, both cultural and natural, it’s still thought of as a place you can do when you’re older, when adventure and excitement don’t matter so much anymore, when you can just pootle around in a campervan and take it easy.

The real attraction for travellers, same as it was in the days of the cultural cringe, is going overseas. It’s a notion that’s been ingrained in us for so long now that it’s unlikely to change. You need to see the world. And you need to leave Australia to properly appreciate it. It’s no big deal to fly 24 hours to visit “home”.

So we travel. Far and wide. Passionately and enthusiastically. Uninhibited and adventurous.

We’re everywhere. And we probably always will be.