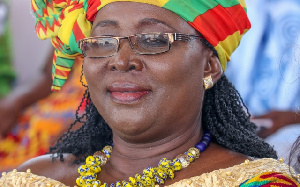 Construction of a major storm drain to control floods at Kwesimintsim in the Effia-Kwesimitsim municipality of the Western Region has begun.

The GH¢3.2 million Ministry of Local Government and Rural Development (MLGRD) initiative is part of the Ghana Secondary Cities Support Programme funded with an Urban Development Grant from the World Bank.

The project, being executed by M/S Finishers includes a 500-metre storm drain from the Kojo Kum Avenue to the Kwesimintsim Hospital and a pedestrian walkway and it is expected to be completed by January 30, 2021.

He mentioned other areas which suffered from flooding as including Apollo, I A Adu, Assakae, Adientem and Mpatado and said they would also benefit from similar projects.

“This project is dear to our hearts. M/S Finishers has assured us that they would complete the project by December, this year, and I know they will be serious and do good work for us. Indeed, the funds are ready. What we need is your patience,” Mr Acquah told the community.

The Chief of Kwesimintsim, Nana Agudzi Essoun, expressed his joy about the project, expressing the belief it would reduce the perennial flooding in the area and beyond.

He also expressed the hope that the GSCSP project would not suffer undue delays like others in the country, stressing, “EKMA must ensure that this project is completed to set an example for other assemblies.”

Nana Essoun assured the government that the community would play its part for the successful completion of the storm drain at Kwesiminstim, adding, “this is about our own development and progress.”