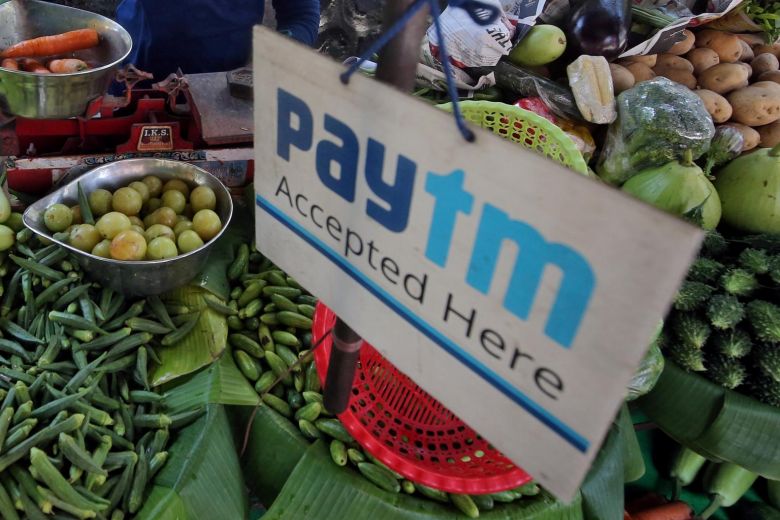 NEW DELHI – A group of aggrieved Indian start-ups are pooling their resources to take on what they consider to be Google’s dominance of the country’s digital ecosystem.

Leading the charge is Paytm, a popular Indian digital wallet, that launched an Android mini app store on Oct 6.

Paytm will also host a Mini Apps Developers Conference on Thursday (Oct 8) as it attempts to reduce dependence on the American tech behemoth’s Play Store.

According to one Indian tech CEO who has been part of these informal discussions, this pushback could draw potential support from the government as well as judicial intervention.

“There are all kinds of options that we will try,” Mr Dinesh Agarwal, CEO of e-commerce firm IndiaMart, told The Straits Times. He cited direct downloads from websites and app stores other than Play Store as possible strategies.

“We will also try working with the government – telling them about possible solutions as well as the potential risks (of Google’s dominance) – and even approaching the court, besides building alliances with similar dissenting voices in other parts of the world,” he added.

Google has already been forced to take note of growing criticism of its policies in India. On Oct 5, the firm issued a statement that it remains “deeply committed to the success of the Indian ecosystem” and promised to set up “listening sessions with Indian startups to understand their concerns more deeply”.

It also offered Indian players a more relaxed timeline until March 31, 2022, to integrate themselves with a new Play Store billing policy, thereby deferring a controversial move to charge a 30 per cent commission on in-app purchases.

In other parts of the world, the new policy will take effect by September 2021.

“When you take what we earn, you don’t grow together. You grow at our cost,” Paytm founder Vijay Shekhar Sharma had tweeted on Oct 5.

Mr Murugavel Janakiraman, founder and CEO of Matrimony.com and part of the informal alliance against Google, told The Straits Times that, in the short term, the alliance would seek to stop Google’s proposed enforcement of its new billing policy.

“Companies can’t survive paying 30 per cent fees for in-app purchases. In the long term, it can look at bringing the entire app ecosystem into a neutral body or create an independent and powerful app store for Indian apps,” he said.

There have been murmurs against Google’s dominance among Indian tech firms for some time now. Opposition, however, gained momentum after Paytm found out last month that its app had been blocked out of Google’s Play Store for violating its policy on sports betting activities.

The now-abandoned move to charge a 30 per cent commission compounded frustration.

Paytm had introduced a campaign on its app that allowed users to collect cricket stickers and scratch cards to earn cashbacks on Unified Payments Interface (UPI). The UPI is a real-time payment system developed by National Payments Corporation of India to facilitate inter-bank transactions. Paytm was forced to comply with Google’s mandate of removing its UPI cashback offer to get re-listed on Play Store.

“Google and its employees are making policies which are over and above the laws of our country, and are arbitrarily implementing them,” Paytm had then said in a press statement.

Echoing this concern that is shared by many in the Indian tech ecosystem, Mr Agarwal said: “On what basis can a company based in the US decide what is legal and illegal in different parts of the world? Tomorrow it could remove an app of national importance.”

Mr Janakiraman, who described the move to force companies to pay a 30 per cent commission as unfair, added: “Tomorrow, they could widen (such) policies to other areas.”

Google owns Android, the operating system on which over 95 per cent of smartphones in India run. There have been growing calls from the likes of Mr Agarwal to ensure the operating system remains a level-playing field for apps that are downloaded from sources other than Play Store.

Paytm has said its newly launched store will allow developers to list and distribute their mini apps without any charges, besides helping “build a sustainable and thriving local technology ecosystem”.

A mini app is a custom-built mobile website that gives users an app-like experience without having to download them. Paytm claims more than 300 app-based service providers such as Decathalon and Ola have joined the programme.

The Mini Apps Developers Conference being hosted online on Thursday is also an attempt by Paytm to lend further heft to its campaign against Google, which some have described as impulsive. It features a discussion on the “Future of the App ecosystem and why India should control its own destiny”.

Mr Pavel Naiya, a senior analyst with Counterpoint Research, said this pushback is similar to antitrust concerns that have been expressed against Google in other parts of the world.

But he told The Straits Times it would be a “mammoth task” to take on the firm’s clout, citing mobile operating systems such as Sailfish or the one from Microsoft that failed to gain traction.

“But I also think Google will work towards a diplomatic middle path in the long run because going against the government is not something that any sensible business would like to do,” he added.