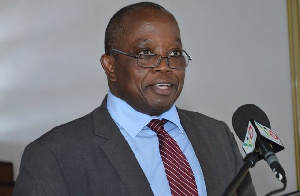 According to the auditing firm, K&A Accounting Services, appointed by the Board of the Audit Service, Mr Domelevo, spent a colossal GH¢3.3 million on foreign travels from January 1, 2017, to June 30, 2020.

It added that some of the travels were personal, yet were paid for by the state.

But Prof Henry Kwasi Prempeh has said that the move by the board is a calculated attempt to attack the integrity of Mr Domelevo for his anti-corruption stance, especially against the powerful in the current administration.

He contended that the audit report is likely a push back as a result of Mr Domelevo’s relentless fight against corruption in the current government led by President Nana Akufo-Addo.

“Cheap, crass smear campaign. Corruption predictably fighting back. They have no shame,” he wrote in reaction to the report detailing the foreign travel expenses of Mr Domelevo and his deputies.