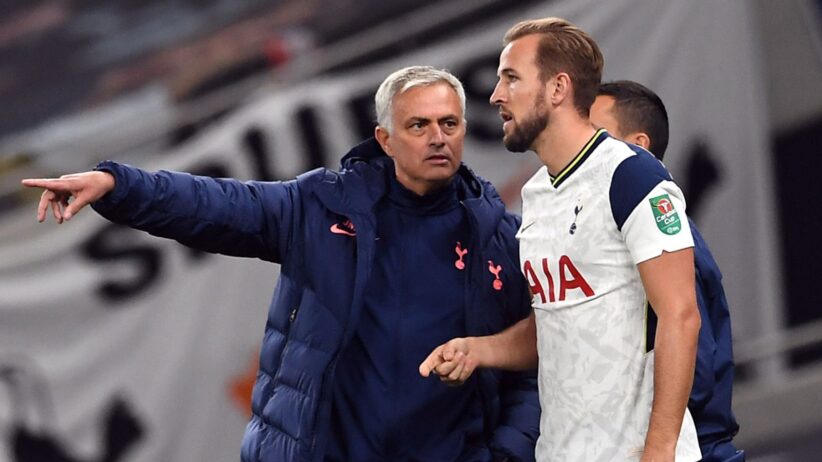 Tottenham striker Harry Kane on Jose Mourinho: “Jose is a winner at every level, he has come in with that aura about him and he wants to win things here”; Spurs face Manchester City at home on November 21 when Premier League returns after international break.

Spurs have made an encouraging start to the campaign as they briefly led the Premier League last weekend before dropping to second, are in the Carabao Cup quarter-finals and are in good shape to qualify for the Europa League knockout stages.

Mourinho was brought into Tottenham a year ago to end the drought that has seen them win just three trophies in 29 years, while a number of their summer signings also have experience of winning silverware, factors Kane believes could make the crucial difference this campaign.

“We have had a solid start to the season, I still think there is a lot to improve on in all aspects of our game,” the England captain told Spurs TV.

“There is a long way to go, we are in a solid place at the moment. We are feeling good, but we also know in the Premier League that can turn around if you lose two or three on the bounce.

“The last couple of wins have been important, we perhaps didn’t perform as well but we ground out the results.

“Obviously Jose is a winner at every level, he has come in with that aura about him and he wants to win things here.

“It is just installing that confidence into the team, he is a great man, with great experience, so [that] us as players can only look at that and take confidence from that. We have had a great relationship since he walked through the door.”

Much of Spurs’ early-season success has been down to Kane’s stunning form as he has scored 13 goals in 14 appearances in all competitions, along with 10 assists.

Seven of those assists have been for Heung-min Son and the pair have combined for goals 10 times as their partnership continues to develop.

“We have had a great relationship over the years but this season has just clicked a little bit more and we have both been a bit more clinical, whether it is the final ball or the final finish.

“When someone is in good form, you just try and find them the ball and you end up scoring goals. We are riding that wave at the minute.

“It is not just me and Sonny, we have a great team at the minute, a great togetherness and we are going to need that for the rest of the season if we are going to keep staying as high up as we are in the table.”