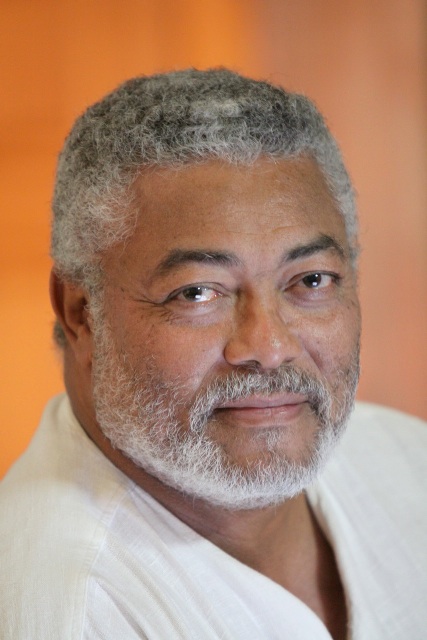 Following the death of Jerry John Rawlings, President Nana Addo Dankwa Akufo-Addo has instructed that all national flags fly at half-mast for the next seven days.

Nana Akufo-Addo in a statement officially announced to Ghanaians the death of the country’s longest-serving leader.

“I convey the deep sympathies of Government and the people of Ghana to the former First Lady Nana Konadu Agyemang-Rawlings, the children and family of the late President, in these difficult times”.

The former president GhanaWeb understands passed on, today, November 12, 2020, after a brief illness.

According to state-owned Daily Graphic, the former President had been on admission at the Korle Bu Teaching Hospital for about a week for an undisclosed ailment. He was 73.

It will be recalled that Mr Rawlings recently lost and buried his mother last month.

Jerry John Rawlings was born in Accra on 22nd June 1947, to a Ghanaian mother from Dzelukope, near Keta, in the Volta Region, and a Scottish father.
source: ghanaweb.com