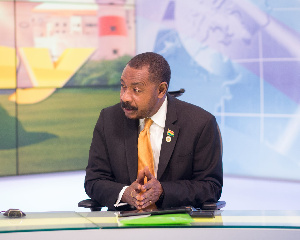 The Chief Executive Officer of the Private Enterprise Foundation (PEF) Nana Osei Bonsu has asked the Ghana Revenue Authority (GRA) and other bodies in charge of collecting taxes in the country to ensure that persons who are supposed to pay taxes do so.

He explained that payment of taxes should be seen by all as a patriotic activity because it is the major source of revenue for the government to embark on developmental projects in the country.

Failure to pay the right taxes means the government is being denied amounts of money to provide social amenities like schools, roads, hospitals, and others, he told Etornam Sey on New Day Programme on TV3 Thursday, November 12.

Mr. Osei Bondu said, “Let us make patriotism equivalent to responsibility to themselves and to their businesses.”

“The GRA is working with us and we are working with them to ensure that people pay the right taxes,” he added.

Touching on the issue of tax avoidance and tax evasion, he explained that avoidance is permitted in the law.

One can use the law to avoid paying some taxes however it is tax evasion that is a crime, he explained.