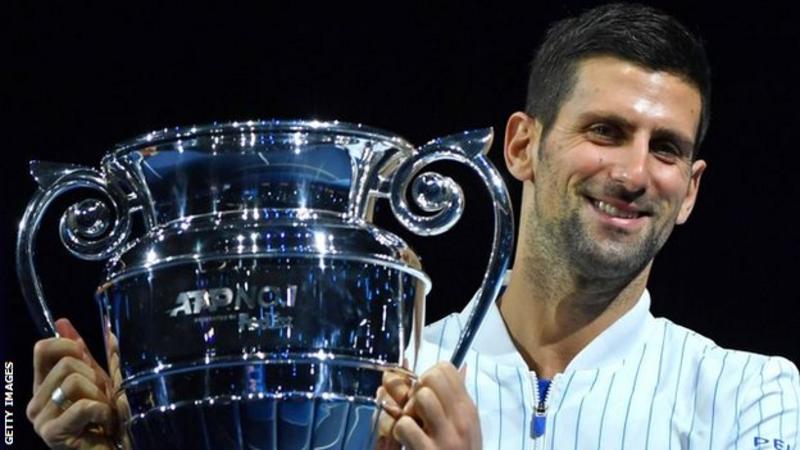 The season-ending event is being played behind closed doors because of the coronavirus pandemic.

That has led to a flat and eerie atmosphere at the near 18,000-seat arena, meaning London has been unable to wave farewell to the event – which moves to Turin in Italy next year – like tournament organisers would have intended.

Nevertheless, the lack of atmosphere did little to disrupt Djokovic in what proved to be a high-quality performance.

Perhaps there was a touch of nerves from the 17-time Grand Slam champion as he lost serve in the third game of the opening set, but he quickly settled to break straight back and then tighten his grip on the match.

Now hitting metronomically and moving freely, Djokovic wore down Schwartzman’s service game again for a 5-3 lead and held his own serve to take the opening set.

On not being able to consolidate the break, Schwartzman said: “It is difficult when you have just a small chance against Djokovic and you don’t make that chance. I did wrong things and from then it is a difficult match.”

Schwartzman, 28, has enjoyed a fine season in a disrupted 2020, reaching his first Grand Slam semi-final at the French Open in October and cracking the world’s top 10 for the first time.

While his game is built on reliable hitting from the baseline and athleticism, it was not enough for the 5ft 7in Argentine to find a way past Djokovic.