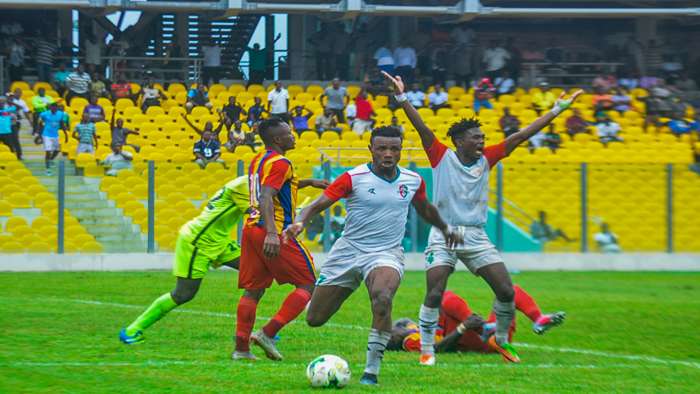 The Ghana Football Association (GFA) has announced the rescheduling of Hearts of Oak’s Ghana Premier League (GPL) clash with Ashanti Gold, prolonging the former’s wait for their first action of the new season.

The matchday two fixture, originally set for Saturday, will now be played on November 24.

The change has been necessitated by a coronavirus outbreak in the camp of the Phobians, a situation which resulted in the postponement of their matchday one tie against Aduana Stars.

“The Ghana Premier League match between Accra Hearts of Oak and Ashgold SC scheduled for Saturday, November 21 has been postponed to a later date,” the GFA has announced on its official website.

“This measure is to ensure that members of Accra Hearts of Oak team who will return from isolation this week will get adequate time to prepare for the league game.

“In view of the above-mentioned development, the game will now be played on Tuesday, November 24.

“All stakeholders involved have been duly informed of the changes.”

Hearts were originally scheduled to begin their 2020-21 league campaign with an away encounter with Aduana last Saturday.

The game was, however, postponed indefinitely less than 24 hours prior to kick-off after the detection of more cases in the Phobians’ camp after three members initially tested positive.