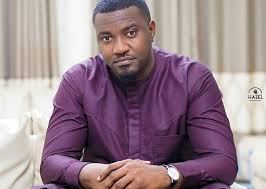 Movie Producer, Socrate Safo, who doubles as the Chairman of Film Classification Committee, has dared actor turned politician, John Dumelo to substantiate his claims that he lost huge endorsement deals after declaring support for the opposition National Democratic Congress (NDC).

John Dumelo, who is the NDC parliamentary candidate for the Ayawaso West Wuogon, says after the NDC lost the 2016 elections to the New Patriotic Party (NPP), he lost a number of deals just because he endorsed the NDC and John Dramani Mahama.

“I lost some endorsement deals in 2017 after the NPP government took over from the NDC. Not just me but some colleagues of mine. I received calls telling me that my deals with the companies were cancelled,” he said.

His comment came on the back of statements by his party’s presidential candidate, John Dramani Mahama that he has refused to use celebrities on his campaign trail because politics affects their careers negatively.

But Socrate Safo has called John Dumelo a liar and challenged him to produce evidence to show he indeed lost his deals after the NPP took over the reins of government.

According to him, it is not true that celebrities lose deals or their careers take a nosedive when they pledge allegiance to a political party.

“He should bring the evidence,” he said.

He called on the Ayawaso West Wuogon constituents to reject the candidacy of John Dumelo saying “his leadership quality is zero”.