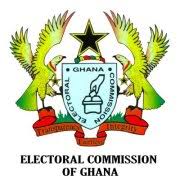 The Electoral Commission, Ghana (EC) is scheduled to hold a press conference on Monday, November 23 to brief the whole country on its preparedness ahead of the December 7 elections.

With exactly two weeks to the polls, the Commission is expected to let Ghanaians know the plans put together to have a successful presidential and parliamentary elections.

The press conference is scheduled to be held at 4:00 pm.

The Chair of the Commission, Jean Adukwei Mensa, last Friday told the Council of State that the Commission is 98 percent through with preparations.

“The Electoral Commission is 98 percent ready for the successful, credible, fair, orderly, and peaceful conduct of the elections in December,” she stated.

Mrs. Mensa said almost all electoral materials have been distributed to the Commission’s regional offices, including the Upper East Region office where confusion greeted the arrival of the materials, for onward distribution to the constituencies and polling stations, on election day.

She also indicated that a robust and efficient system has been put in place to declare the results of the elections within 24 hours after the elections.

“We have promoted some efficiency into the system. We have a duration within which the results should be transmitted and we are expecting that by the next day, we should be able to declare the results. We do not intend to go beyond 24 hours.”

The Commission was recently challenged by some citizens in court over the creation of an exemptions and multiples list of some 32,000 voters.

These are persons who are said to have breached regulations regarding the new registration conducted mid-year.

“The law requires us to publish this list but in the interest of transparency, the Commission will be publishing this list on the website on Monday, the 30,000 persons made up of the exemptions and multiples list.”

Nana Addo has a proclivity for corruption – Mahama