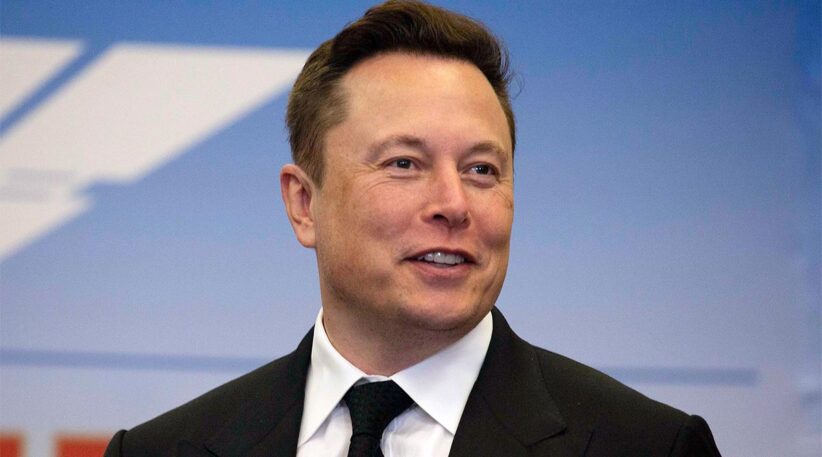 Elon Musk has passed Microsoft co-founder Bill Gates to become the world’s second richest person, according to the Bloomberg Billionaires Index. The Tesla CEO’s net worth now sits at around $128 billion, after increasing by $100 billion this year. There is a sizable gap between Musk and the number one spot, which is currently held by Amazon CEO Jeff Bezos who has a reported net worth of around $182 billion. In January, Musk ranked 35th on the list, Bloomberg reports.

For an idea of how the wealth of these men compares to the average American household, check out this amazing data visualization produced earlier this year in which every pixel represents $1,000.

Musk’s rapid ascent up the list has mainly been driven by Tesla’s share price. The car company currently has a market cap of almost $500 billion, after starting the year at under $100 billion. The Guardian reports that Tesla has the highest market cap of any car company in the world, despite producing a fraction of the cars of more established automakers. This year it expects to produce 500,000 cars, compared to around 10 million for a company like Toyota. Around three quarters of Musk’s net worth consists of Tesla shares, according to Bloomberg.

Musk’s other major venture, SpaceX, has also seen recent success. Last week the company transported four astronauts to the International Space Station aboard its Crew Dragon spacecraft. It follows the company’s first crewed flight to space in May this year.

Bill Gates sat atop the Billionaires Index for years until he was overtaken by Jeff Bezos in 2017. Bloomberg notes that Gates would probably have a higher net wealth right now if he hadn’t given so much money to charity, including the over $27 billion he’s donated through the Bill & Melinda Gates Foundation since 2006.

Gates and Musk have had some high-profile disagreements this year. In September, Musk said Gates had “no clue” about the viability of electric trucks, after the Microsoft co-founder said that electric semi-trucks, along with electric cargo ships and passenger jets, will “probably never” be practical. Earlier this year Gates told CNBCthat Musk should avoid making big predictions about areas he’s not familiar with, after the Tesla CEO downplayed the risk of the COVID-19 pandemic.

Musk overtook Facebook CEO Mark Zuckerberg last week when he became the third-richest person on the Billionaires Index. Zuckerberg has since fallen to fifth in the rankings after he was overtaken by French businessman Bernard Arnault.

Google Assistant can now be used to schedule your smart lights