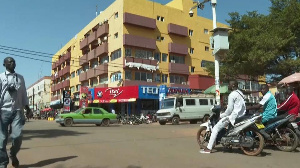 Polls for combined presidential and general elections in Burkina Faso have closed as scheduled at 1800 hours local time on Sunday, and provisional results are expected on Monday.

Incumbent President Roch Marc Christian Kabore, seeking a second term of office, has faced 12 other candidates, while 10,652 candidates were vying for 127 parliament seats.

In total, 6,490,144 voters were registered inside and outside Burkina Faso to cast their ballots in about 21,000 polling stations that opened at 0600 hours on Sunday.

According to official figures, about 10,000 national and international observers witnessed the electoral process, 80 of which deployed by the Economic Community of West African States (ECOWAS).

In its initial report on Sunday, the ECOWAS mission said political parties’ representatives were present in all polling stations; 91.49 per cent of election materials were available, and 91.89 per cent of voters have cast their ballots without any problem.