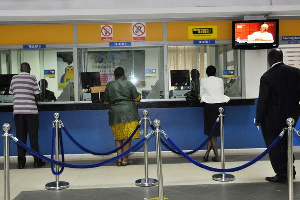 Mr Kojo Mattah, Managing Director of ARB Apex Bank, who made this known, said the growth in deposits could have been better but for the outbreak of the COVID – 19 pandemic, which affected many businesses including RCBs.

He was speaking at the 21st Biennial General Meeting (BGM) of the National Association of Rural banks (NARB) in Kumasi.

It was under the theme ‘Financial Sector Reforms and its impact on Rural Banking: Challenges and Benefits’.

Mr Mattah, said the financial reforms introduced by ARB Apex bank and the Bank of Ghana (BoG) had ensured an upward trend in deposits of rural and community banks since customers were now comfortable to move their investment options to the RCBs.

He said the BoG’s new Corporate Governance Directives and other stringent measures had made RCBs to sit up to their responsibilities.

Mr Mattah said the need for RCBs to take advantage of the Ghana Alternative Market (GAX) which provided a huge opportunity for RCBs to list and trade their shares for members of the public.

He said it was important for RCBs to utilise opportunities granted by GAX to help diversify their operations to make them more liquid and solvent, to play a key role in the financial sector of the economy.

Mr Daniel Owusu, National President of the Association of Rural Banks (ARBs), said the reforms introduced by BOG were ultimately to direct the course of banking in the country and to provide a vibrant banking sector.

This was to stimulate and propel the country’s economy on a steady and robust path of growth and development,

He said RCBs apart from stimulating the economic activities of its customers to enhance their standard of living, also offered a reasonable number of employment opportunities to all manner of persons.

Mr Owusu said there was the need for BOG and government to make a special case for the expeditious payment of locked up funds which had been validated by the Securities and Exchange Commission (SEC).