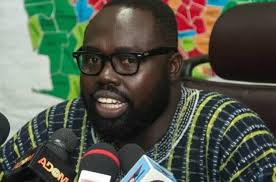 Deputy General Secretary of the National Democratic Congress ( NDC), Peter Boamah Otokunor, says the Chairperson of the Electoral Commission cannot be trusted despite her assurances to be fair-minded.

To him, Madam Jean Mensa is scheming with the ruling New Patriotic Party (NPP) to rig the upcoming elections for President Nana Addo Dankwa Akufo-Addo.

His comment follows on the heels of Madam Jean Mensa rubbishing claims by some opposition parties that she is at the beck and call of President Akufo-Akufo.

Ms. Mensa, who disclosed that she had met with President Akufo-Addo only twice after her appointment as Chairperson of the EC, stated that those two occasions were official assignments.

“Let me be honest with you, even if the President is my father, there is nothing I can do to favour him if the citizenry rejects him at the polls,” she noted during a workshop.

Speaking in an interview with NEAT FM’s morning show ‘Ghana Montie’, the NDC National Executive said he would have asked her to swear by any ‘gods’ if indeed she will be unbiased in the December 7 polls, had it not been for the fact that if he was not a Christian.

“Her explanations are the most ridiculous explanation that I have ever heard from any public officer who has worked at the Electoral Commission… that explanation is very moot… a very incompetent explanation,” he said.