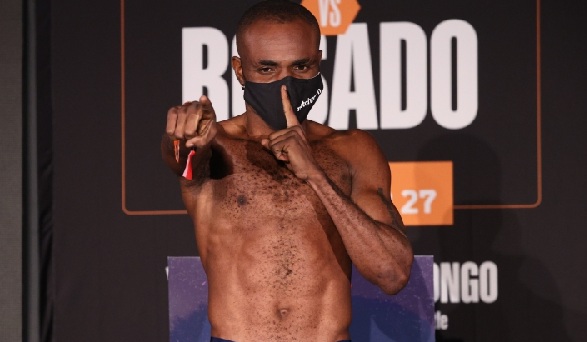 The 135-pound contender from Ghana overcame Menard by majority decision on the Daniel Jacobs-Gabe Rosado undercard at Seminole Hard Rock Hotel & Casino in Hollywood, Florida. Judges Fernando Barbosa (96-94) and Carlos Sucre (98-92) scored their fight for Tagoe, but judge Michael Ross had it a draw (95-95).

The 31-year-old Tagoe (32-1, 15 KOs), who ended a 16-month layoff, has won 32 straight fights since losing his pro debut to Lante Addy by fifth-round technical knockout in June 2004. The 32-year-old Menard (36-5, 25 KOs), of Rayne, Louisiana, had suffered his first four defeats by knockout or technical knockout, including a devastating first-round knockout loss to Lopez in December 2018.

Menard caught Tagoe with a right hook just after the halfway point of the 10th round. Tagoe wasn’t as active in the final round as he had been during most of their fight, which enabled Menard to land some shots on him.

Tagoe spent much of the ninth round showboating and landing occasional shots on Menard.

A left hook by Tagoe caught Menard clean just after the midway mark of the eighth round. He connected with a hard right hand several seconds later that seemed to hurt Menard, but Tagoe couldn’t capitalize on that sequence.

According to DAZN’s Todd Grisham, the eighth round lasted four full minutes, not three.

Menard nailed Tagoe with a left hook when there was just over a minute to go in the seventh round. Earlier in the seventh, Tagoe caught Menard with a chopping right hand that landed near his temple.

Tagoe connected with a counter right hand with just over a minute remaining in the sixth round. Tagoe later landed a left-right combination just before the sixth round ended.

Referee Telis Assimenios sternly warned Tagoe for holding late in the third round.

Tagoe caught Menard coming in with a right uppercut at just about the midway mark of the second round. A little less than 20 seconds into the second round, Tagoe landed a straight right hand.

Menard pressed the action during the first round, but Tagoe was effective boxing off his back foot in those opening three minutes.