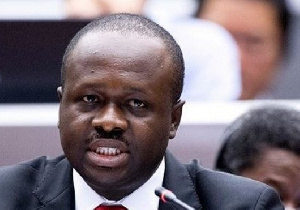 The opposition National Democratic Congress (NDC) is assuring that hoarding and illegal sale of premix fuel in coastal fishing communities will be a thing of the past, if residents in and around Cape Coast vote for the party.

Party spokesperson on Health and Former Communications Minister Dr. Omane Boamah said this at a town hall meeting in Cape Coast in the Central Region on Thursday, December 3.

He said that a future NDC government will make the lives of fisherfolk better.

He has also been assuring several unemployed persons in the region would have the opportunity to learn a trade under the party’s apprenticeship program free of charge.

Touching on the health policies of the main opposition party ahead of the elections, Dr. Omane Boamah reiterated a future NDC’s free primary health care program will offer all Ghanaians access to health care, while also creating jobs for several thousands of unemployed health workers.