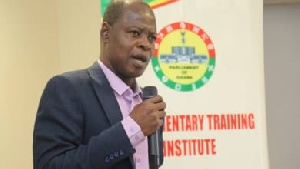 The disclosure comes after the Campaigns Coordinator at the Integrated Social Development Centre in a Facebook post provided clarity of the total amount of oil revenue unaccounted for.

Meanwhile, the Public Interest and Accountability Committee (PIAC) says it is unable to report on the programmes and activities undertaken with an amount of US$169.51 million disbursed to the Annual Budget Funding Amount (ABFA) for the first quarter of 2020.

The ABFA is the portion of petroleum revenue used to support government’s budget.

In its 2020 semi-annual report, the committee said it was also unable to provide an update on the status of unutilised and unaccounted for ABFA funds, which stood at GH¢1.5 billion.

PIAC in its report once again reiterated its call on Parliament to reinforce its supervision mandate on the Ministry of Finance.

This comes after the Ministry of Finance has for the fourth time consecutive time failed to provide data on the half-year utilisation of the Annual Budget Fund Amount (ABFA).

“This is because the ministry’s persistent failure (fourth time) to provide half-year data on ABFA utilisation is not only adversely affecting the work of the committee, but [is] also eroding gains in the fight for transparency and accountability in the management and use of Ghana’s petroleum revenues for the benefit of citizens,” Chairman of PIAC, Noble Wadzah said in the report.

PAIC is the entity established by the Petroleum Revenue Management Act (PRMA) 2011, (ACT 815) to have oversight responsibility for the management and utilization of Ghana’s petroleum revenues.