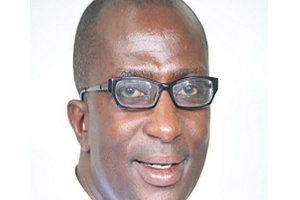 The New Patriotic Party has disclosed that they will accept the Member of Parliament for Fomena Constituency, Lawyer Andrew Amoako Asiamah back to the party.

The Fomena MP became an outcast of the NPP after he decided to run independently in the parliamentary race in the December 7 elections.

His seat was declared vacant after the party wrote to the Speaker of Parliament.

However, after the December 7 elections, Mr. Asiamah polled 12,805 to beat his NPP opponent, Philip Ofori Asante, and the NDC’s Christiana Appiagyei who obtained 10,798 and 2,608 votes respectively.

Following reports that the political party representation of MP’s are tied, the NPP has claimed that they will welcome the espoused Fomena MP back to the party.

Speaking to the media at the residence of President Nana Akufo-Addo on Wednesday, December 9, 2020, a member of the NPP legal team, Godfred Yeboah Dame stated he was confident Amoako Asiamah would return to the party.

“It’s now 137, 137 (in parliament) and one is an independent candidate of Fomena and he was our own person and I am sure by all means he will join us. He was an NPP member until 2-weeks ago before going independent.”

According to Mr. Dame, the NPP will also protest about 4 parliamentary seats in court.