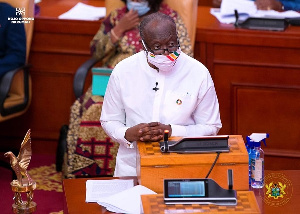 The government has made major changes in the trading of its securities by streamlining engagements with investors as a way of further developing the primary and secondary bond markets.

This forms part of broader efforts to develop a well-structured and well-functioning money market, with a keen focus on building on the joint book-runners (JBRs) system for issuing government bonds.

The changes have been made through the issuance of new guidelines to the securities market that replace the JBRs with bond market specialists (BMS) in the auction of government notes and bonds.

The BMSs are institutions authorised by the Ministry of Finance and the Bank of Ghana to participate in the book-building auction of government notes and bonds.

The book-building method is intended to diversify the existing resident and non-resident investor base, seeking out new investors and extending the geographical reach of government in raising funds.

The bond market specialists have been appointed from among primary dealers and licensed investment dealers to conduct government’s bond market operations.

The reform is expected to help improve the efficiency and transparency of the Ghana Fixed Income Market (GFIM).

The bond market continues to grow strongly, with November the third month in 2020 to trade bonds in excess of GH¢10 billion. Cumulatively, from January to November, volumes traded on the GFIM amounted to GH¢95.06 billion, representing an increase of 91.4 percent over the trades made in the same period of 2019 and 71.1 percent more than total trades in the whole of 2019.

The BMSs are expected to achieve and maintain a market presence sufficient to earn them an appropriate share of secondary market turnover.

Further to this, the BMSs are expected to maintain a minimum secondary market share of not less than five percent, as measured on a six-month rolling average.

“The erstwhile primary dealers in good standing will continue to be the exclusive counterparts of government in the auction of only Treasury bills, while the BMS shall conduct the issuance of securities with tenor of two years and above,” the Ministry of Finance said in the new guidelines.

“All dealers will be required to comply with primary market requirements and responsibilities, conducts and obligations and notices as may be determined by the government,” it added.