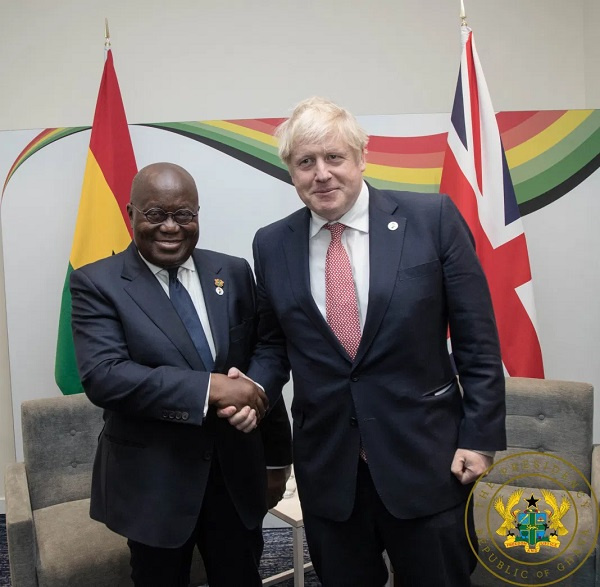 Ghana has benefited from international aid to promote economic and social development to improve the standard of living and alleviate poverty in the country. Aid funds from international donors have been used to pursue infrastructural and social projects geared toward improving the livelihoods of citizens.

In 2018, the country declared a Ghana Beyond Aid agenda aimed at weaning itself from foreign donations and building a nation that is beyond dependence on the charity of others to cater for the needs of its people.

A nation that can engage other countries competitively through trade and investments, and through political cooperation for enhanced regional and global peace and security. Has this agenda been a good path for the country in the wake of aid reductions in the world?

Ghana currently receives aid in various forms, for general budgetary support, sector budgetary support and project aid using parallel systems. It is reported that until the mid-1960s, aid flows were relatively unimportant in Ghana as the Nkrumah government was highly suspicious of the major donors (Britain and the USA) which did not help the already poor state of affairs.

But more particularly, the economy, as it emerged from colonial rule had inherited substantial foreign exchange reserves, little debt, and a small public sector. Very little foreign exchange and budgetary support were needed until the 1961 balance-of-payments crisis (EVALUATION OF THE IMPLEMENTATION OF THE PARIS DECLARATION ON AID EFFECTIVENESS: PHASE II).

The bilateral donors are made up of traditional donors like Australia, Austria, Belgium, Canada, Denmark, Finland, France, Germany, Italy, Japan, Netherlands, Norway, Spain, Sweden, Switzerland, the UK, and the United States of America. Non-traditional bilateral donors who are increasingly becoming important in Ghana’s aid architecture include the BRICK countries, the Saudi Fund, and the Abu Dhabi Fund.

Official development assistance (ODA) is defined by the OECD Development Assistance Committee (DAC) as government aid that promotes and specifically targets the economic development and welfare of developing countries, which include Africa and more specifically Ghana.

This comprised USD 150.4 billion in the form of grants, official aid loans or contributions to multilateral institutions; USD 1.5 billion to development-oriented private sector instrument (PSI) vehicles, USD 1.0 billion in the form of net loans and equities to private companies operating in ODA-eligible countries and USD 0.2 billion of debt relief.

For 2019, the detailed summary report indicates that ODA by DAC members totals USD 152.8 billion, representing 0.30 percent of DAC member’s combined GNI. This comprised of USD 149.4 billion in the form of grants, loans to sovereign entities and contributions to multilateral institutions; USD 1.9 billion to development-oriented PSI vehicles, USD 1.4 billion in the form of net loans and equities to private companies operating in ODA-eligible countries and USD 0.1 billion of debt relief.

This is lower than the United Nations’ ODA as a percentage of GNI. It is worth noting that the UK’s ODA contribution in all the three years under review was .7 percent of the country’s GNI.

The Global Economic Prospects, a World Bank report states that, the COVID-19 pandemic has, with alarming speed, delivered a global economic shock of enormous magnitude, leading to steep recessions in many countries.

The baseline forecast envisions a 5.2 percent contraction in global GDP in 2020—the deepest global recession in eight decades, despite unprecedented policy support. It is clear that the impact on the global economy particularly OECD DAC members is going to affect their aid contribution in support.

The United Kingdom (UK) enacted the International Development (Official Development Assistance Target) Act 2015, which enshrined an aid target in law. This placed a legal duty on the Secretary of State (in UK) to ensure that the target for ODA to amount to 0.7 percent of gross national income is met by the United Kingdom in the year 2015 and each subsequent calendar year.

The Foreign, Commonwealth & Development Office (FCDO) of the UK government uses ODA to support and deliver the 4 strategic objectives of the government’s 2015 Aid Strategy, which are:

Dominic Raab, UK Foreign Secretary in November 2020 made a statement to the House of Commons about Official Development Assistance. He said the UK is facing the worst economic contraction in almost 300 years, and a budget deficit of close to £400 billion – double that of the last financial crisis. “Given the impact of this global pandemic (COVID-19) on the economy and, as a result, the public finances, we have concluded after extensive consideration, and I have to say with regret, that we cannot for the moment meet our target of spending 0.7 percent of Gross National Income on ODA. And we will move to a target of 0.5% next year”. He further stated that the move to reduce the ODA is a temporary measure. “It is one we have taken as a matter of necessity, and the UK will return to 0.7 percent when the fiscal situation allows”.

Direct ODA from the UK Government to Ghana is bilateral aid. This can be either exclusively for Ghana (in-country programmes), or part of UK government regional or international aid programmes with activities in Ghana (centrally managed programmes). In some cases, the UK asks multilateral agencies to implement its bilateral programmes in Ghana, which is called multi-bi spending. The UK committed £2.8 billion in bilateral aid to Ghana between 1998 and 2017, almost 70 percent of it spent in the first decade. Of the £2.8 billion, 43 percent was for debt relief or general budget support. Of the remainder, about three quarters went to the social sectors – mainly education in the first decade, then shifting to health in the second decade.

The president of the republic in 2018 inaugurated the “Ghana Beyond Aid” Charter Committee, where he said the committee “will set out a charter which will present the true meaning, purpose and also the calendar of implementation that will allow the country to reach her goal.”

A year down in 2019, the president launched the Ghana Beyond Aid Charter where he stated among other things that, the essence of the charter is to create a nation that would be self-sufficient and prosperous, governed according to the rule of law, respect for human rights and individual liberties as well as the principles of democratic accountability.

The vision of the Ghana Beyond Aid Charter and Strategy Document is to build: “… a prosperous and self-confident Ghana that is in charge of her economic destiny; a transformed Ghana that is prosperous enough to be beyond needing aid, and that engages competitively with the rest of the world through trade and investment.”

This overarching vision of the charter rests on pursuing 5 broad goals, which spell out to building a (a)Wealthy (b) Inclusive (c) Sustainable (d) Empowered and (e) Resilient Ghana, dubbed W.I.S.E.R Ghana.

The Ghana Beyond Aid charter provides analysis to suggest that, in a number of Ministries and Services, while the Government pays salaries, the abilities of these paid staff to operate and deliver to the people are severely constrained without donors. So, even though the Government pays the bulk of the expenditures, at the margin donors get to be rather influential in shaping priorities and determining what is done by those MDAs that rely significantly on donors for operational resources.

The charter further suggests targets to steadily increase Ghana Government’s contribution to its budget for development as below:

For the country’s overall budget—reduce grants as a percentage of Government of Ghana budgetary expenditures on goods and services and on capital from the average of 21.2 percent (from 2016 to 2018) to below 5 percent by the end of 2023 and to below 2 by the end of 2028;

For every Ministry and Service–reduce grants as a percentage of Government of Ghana budgetary expenditures on goods and services and on capital to no more than 10 percent by 2023, and below 5 percent by 2028;

Any aid (concessional loans or grants) will have to be aligned with Ghana’s transformation strategy and priorities in order to be accepted into the budget;

There will be no ceiling on long-term concessional loans that promote economic transformation and growth by financing infrastructure, skills development, and scientific and technological capacity development at the post-secondary levels.

Just a year after the launch of the Ghana Beyond Aid path by the government of Ghana, the world has been hit by the novel coronavirus 2019, which has had a significant impact on the world economy.

Ghana, notwithstanding its dependence on aid on average of USD 3.86 billion representing an average percentage of the country’s GNI of 19.73 percent, took the bold decision to a path where the country will not be dependent on aid.

COVID-19 pandemic has significantly affected the global economy. As such, it is evident that, just as the UK is seeking to reduce aid contribution from 0.7 percent to 0.5 percent, other DAC member countries will follow soon.

It is thus very imperative for the country, and for that matter all developing countries (particularly African countries), following recovery from the economic shocks of COVID-19, consider strategies that will make them self-reliant, and see aid from a different perspective as outlined in the Ghana Beyond Charter and Strategy Document.

Africa must risk capital for its youth – Adesina urges