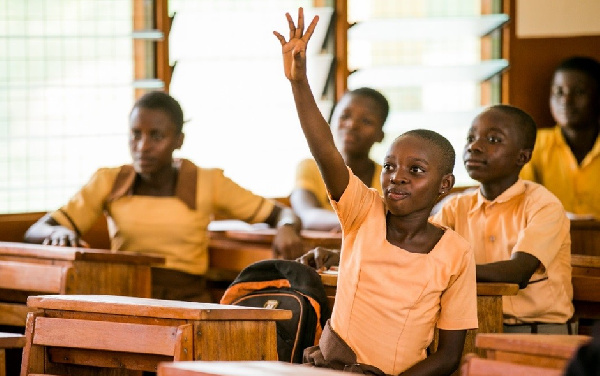 The reopening of schools after ten months of closure approaches next week as schools in the country will be covered by various regulations in line with COVID-19 safety protocols.

President Nana Addo Dankwa Akufo-Addo Sunday, January 03, 2020, announced the return of pupils and students to school, months after schools closed to curb the spread of the coronavirus pandemic last March although concerns they might become breeding grounds for a second wave of cases have come up.

The President however announced an update on measures being adopted by government to curb the spread of the pandemic.

Though some parents of pupils and students expressed mixed feelings about the return to school, they nevertheless welcomed the assurances given by the Government.

Speaking to parents in parts of the Eastern Region following the announcement, the overwhelming majority of them believe the decision was apt.

At Agomanya, 38-year-old Happy Narteh with two children in the primary school said she could not be happier with government’s decision to see kids back in school.

“Government’s decision to reopen schools is a good one because the children have been home for too long and this has resulted in their brains slowing down. The person [President] who closed the schools due to the prevalence of the disease is the same person who believes it’s time to reopen them so I don’t have any problem with it,” she said.

65-year-old Mary Nartey, a granny with two basic school children in her care also welcomed the idea as the most appropriate decision.

“The time and education of the children is being wasted at home and so they must go back to school,” she said.

Asked if she wasn’t scared that reopening could put the children at risk of contracting the virus, this I what he had to say. “As for this, only God can answer that.”

A security man at the St. Martin’s de pores hospital in at Agomanya, Simon Oyortey had similar sentiments. To him, his primary school and senior high school children going back to school was a welcome relief.

“Of course [I agree], it is a fine decision because the children have kept long at home and it is becoming a problem for us. They are not doing anything, they are only playing, at times they’ll go out and play, come back and fall sick,” he averred.

He derives his confidence from the assurances of safeguarding the welfare of the pupils and students.

The parents however unanimously urged government to ensure the maximum protection of their kids against the pandemic by ensuring the observance of all safety protocols.

From January 15, 2021, Kindergarten, Primary and Junior High School students, in both private and public schools will return to the classrooms.

Senior High School students, except those in SHS 1, will return to school on January 18, 2021. All SHS 1 students will start classes on March 10, 2021.
Students in universities and other tertiary institutions are to be in school from Saturday, January 9, 2021.

President Akufo-Addo maintained that the decision to open schools was the result of extensive and detailed consultations with all role-players in the health and educational sectors.

Seventh Parliament to be dissolved today