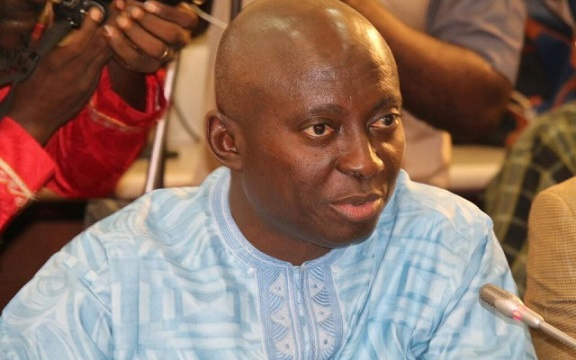 Amidst the confusion and chaos on who becomes the Speaker of Ghana’s 8th Parliament, the New Patriotic Party Member of Parliament-elect for Akim Abuakwa constituency has conceded that the nominee of the opposition National Democratic Congress is the winner of the speaker race.

The quest to find Ghana’s next Speaker of Parliament has resulted in a long night of events that started at midnight when processes to inaugurate the new parliament commenced.

With a split figure of 137 seats each for both the NPP and the NDC as well as one independent candidate, the process to elect a speaker between Professor Aaron Mike Oquaye nominated by the NPP side and Alban Bagbin who was nominated by the NDC has become a fierce contest.

Having aborted and restarted the voting process on more than one occasion due to recurrent clashes between both sides in the house, the elected MPs were finally able to cast their votes at dawn and counting commenced around 5:30 am.

The counting process was, however, aborted when the NPP MP-elect for Tema West, Carlos Ahenkorah snatched ballots belonging to the nominee of his party and made way to run out of the house. He was however chased down and brought back into the Chamber.

Within the ensuing chaos that resulted in the process, the elected MP’s on the side of the NDC started jubilating claiming victory for their nominee.

According to the NDC side, Mr Bagbin obtained 138 votes, Mr Oquaye obtained 135 whiles one ballot was counted as rejected.

Some elected NPP-MPs speaking to the media following this development refused to concede to the victory claims of the NDC side.

However, Mr Atta Kyea speaking to Joy News said it has become clear that the Second Deputy Speaker of Ghana’s 7th Parliament, Alban Kingsford Sumani Bagbin is the winner of the election.

The MP confirmed that based on the counting, Mr Bagbin out of the 275 votes had 138 votes against 135 votes obtained by Mr Oquaye with the remaining vote being a rejected vote as being claimed by the NDC side.

The disruption of the process however has had the Clark of Parliament who is supervising the election engaged with the leadership of both sides with the result yet to be officially declared.