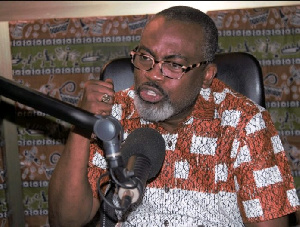 A member of the NDC Communication Team, Tetteh Caternor, has expressed joy at the fact that the Supreme Court has dismissed their request for interrogatories in the ongoing 2020 Election Petition.

He said that it is rather unfounded that there are accusations that those moves are tactics being employed to waste the time of everybody and to drag the entire court process.

He explained that the National Democratic Congress (NDC) rather hoped that by allowing the Chairperson of the Electoral Commission to answer those questions before the proceedings in court properly begin, it would save everyone a lot of time.

“The CI 99 says that pre-trial issues are for five days. Yesterday was the second day – two days, so what was the time wasting? We haven’t wasted any time. If we requested a review, we still have three more days. Is it our fault that the court hasn’t sat every day of the week?” he asked.

Regardless, he expressed joy at the fact that the court disallowed their request because when they have Jean Mensa, Chair of the EC, in the witness box, they will squarely put those questions to her and still get their responses.

“Be as it may, I am happy that the court struck it out because Jean Mensa would have had the right answers to come give when she enters the witness box. Now, she will have to deal with the questions right there at the moment,” he said.

He also appealed for an amendment of the laws on voting day to be made, suggesting that it be held in November, modelling the United States of America, so that there is adequate time in between that and the time of the swearing-in.

“We vote on 7th of December, and we swear-in on the 7th of January. The CI 99 gives us a limitation of up to 42 days to have a case in court. Is it possible to include that between the day of voting and the day of swearing-in? This will ensure that whichever party is aggrieved can get redress before a new president is sworn-in,” he admonished.

Man, 24, arrested for killing friend over ¢10.00 dispute at Assin Awisem

We’ve not given up on making our own vaccine – GHS