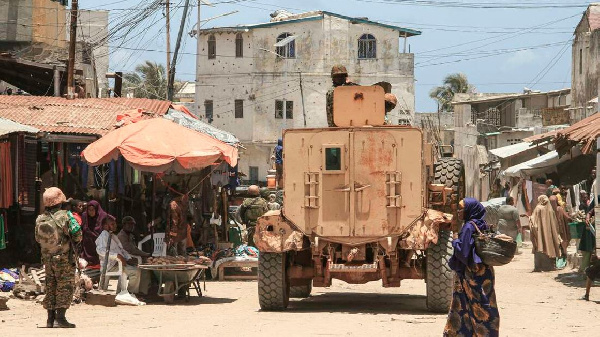 The mandate of the African Union Mission in Somalia (Amisom) has been extended by two weeks from end of February to March 14 as the country’s leaders push for a political deal.

A unanimous decision reached on Thursday night by the Security Council said Amisom’s current mandate will expire on March 14, 2021, and not at the end of February as had earlier been decided last year.

The existence of the mission beyond March 14, the Council agreed, should depend on the political stability of Somalia. The extension of mandate means Somalia’s nascent army of about 13,000 has the much-needed back-up as political leaders seek to break an impasse that has delayed elections, causing anxiety in the capital Mogadishu.

‘’The Council authorises Amisom to take all necessary measures in full compliance with participating states’ obligations under international law, including international humanitarian law and international human rights law, and in full respect of the sovereignty, territorial integrity, political independence and unity of Somalia, to carry out its mandate.”

Amisom, created in 2007, was expected to start exiting the country from early March after the end of mandate in February, and all troops withdrawn by December. But the Council members agreed any successful withdrawal will be pegged on the political situation in the country, and a successful election. The withdrawal of peacekeepers will affect contingents of all troop-contributing countries.

On the same Thursday night, the Somalia government and opposition leaders brokered an agreement at an emergency meeting at Mogadishu’s Decale Airport Hotel as part of Prime Minister Hussein Roble’s efforts to cool tempers that have flared over the delayed elections in the country.

The opposition politicians cancelled a planned protest march in Mogadishu after Mr Roble conceded to some of their demands, and formally expressed “regret” for the violence that followed a similar march the previous Friday. The federal government also agreed to investigate the violence incident in which a hotel, where the leaders were staying, was attacked on the eve of the march.

It was a last-minute deal to save what could have been another confrontation between opposition supporters and the police.

“The Federal Government of Somalia and the Coalition of the Presidential Candidates have agreed that the announced demonstration be postponed,” their joint declaration reads, promising that it can be staged in 10 days.

Mr Roble said the government was sorry about the February 19 incident in which the police clashed with guards of the candidates. Several people were killed and dozens injured.

“We express our condolences to the people and the opposition presidential candidates affected by the violence,” Mr Roble said.

“I am pleased to address today the issues on Feb 19 incidents, security and elections. Thanks to the Union of Candidates for their flexibility and to President Farmaajo, the presidents of Galmudug, Hirshabelle and Benadir Governor for their contribution to the solution,” Mr Roble tweeted on Thursday night, referring to the leaders of the two federal states who helped broker a meeting.

“We worked really hard to get a solution to the election disagreements,” said Abdikarim Hussein Guled, a presidential contender.

“The meeting between political stakeholders and PM Roble has a memorandum of understanding on the issue of elections. This is a step forward towards an election that’s fair, free and inclusive,” he said.

The Spokesman of the federal government Mohamed Ibrahim Moalimu who read the declaration told the media that the deal reached on Thursday amounted to a win-win solution.

“It is an agreement that is good for all, participants and the nation,” stated Moalimu.