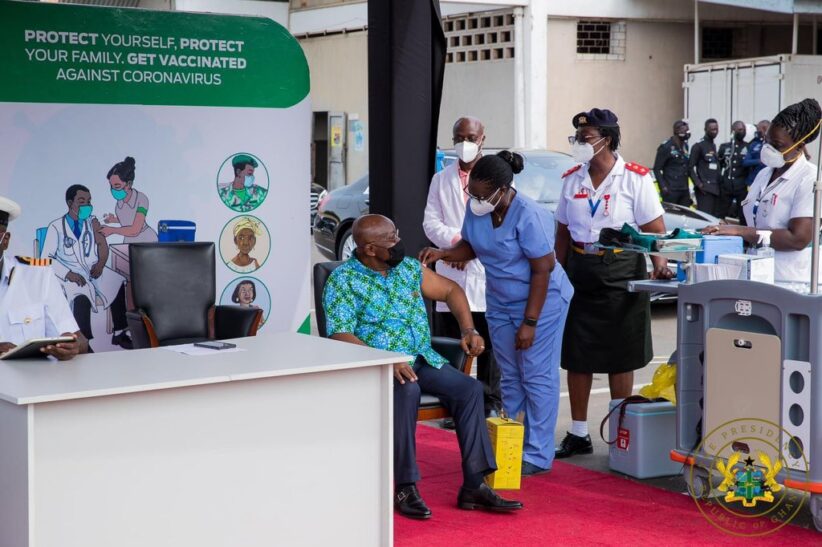 The rollout of the first batch of the AstraZeneca vaccine acquired from COVAX began on Monday, with the First Gentleman of the nation, President Nana Addo Dankwa Akufo-Addo, his Vice, Dr. Mahamudu Bawumia and their spouses, taking their jabs.

After this, many leaders, political and traditional alike, have visited various centres to take shots of the vaccine.

Individuals from the media and the public also took turns, after this, to get their jabs and since then, feedbacks, especially from some media persons and a section of the public has suggested some mild reactions have followed.

These include dizziness, muscle and body aches, feverishness among others, depending on the individuals.

Fears have been allayed however by some medical professionals who have indicated that some of these symptoms may be normal reactions to the vaccine.

As a matter of fact, medical experts have noted that these may accompany the jabs after one takes them;

-Bitter taste in your mouth

-Slight pain at the injection site,

these are some of the reactions one may experience.

They however maintain that they should only last between a period; 24-48 hours and that, complications that last beyond 72 hours should be reported to the nearest hospital.

Though he maintained it alters your physiology, he explained that it is necessary so that the vaccine gets accustomed to one’s body.

“Perceptions that there are codes that will be transmitted through the drug are misplaced. The vaccine alters your physiology. It changes the way your body functions a little so the effect of its potency is achieved.

“It’s like you are introducing soldiers into your system to get your body accustomed so it produces similar. That’s what is accounting for the slight changes people are complaining about in their bodies, including the fever and the likes. I for instance didn’t have any reactions,” he told Host, Kwame Sefa Kayi.